Eugenic programs, as William Pfaff, in his article “Eugenics, Anyone?” [NYR, October 23, 1997], reminds us, have been prevalent in many “progressive” Western societies as late as the 1970s. Eugenics, the theory and practice aimed at improving or at least checking and slowing down the degeneration of humankind, is founded on convictions of differential biological qualities of various human groups or populations. But not every claim for racial or social discrimination can be counted as eugenics. Pfaff grossly misses the “lessons” that he wishes us to learn from the history of eugenics by the cases he presents. Drafting American blacks into segregated army units, even if rationalized on the basis of their alleged biological properties, can hardly be considered a eugenic act. He is doing even worse with the story that “It was revealed that hundreds of children of immigrant Yemeni Jews were literally stolen from their Arabic-speaking parents for adoption by families of European Jewish origin, in an attempt to meld the Yemenis into what then was the European mainstream.” Even if true, this allegation of stealing for adoption children of a presumably genetic inferior community can hardly be counted as a eugenic act. If anything, it would rather have been an ANTI-eugenic act, since it was predicated on a belief in the ameliorating effect of a new environment. The disturbing aspect is, however, that by such a claim Pfaff provides new impetus to a campaign of a small militant group that has utilized the tragedy of unhappy families for promoting their conviction of alleged premeditated socioethnic discrimination, a campaign that has recently expanded into the political arena. I risk saying that Pfaff supports, in this uncritical description, the build-up of a real blood-libel.

My father was one of the doctors (and many other workers) who devoted their utmost efforts and, not less, their empathy to the plight of the immigrant Yemenite babies and children, who arrived severely undernourished, many of them also suffering from various tropical diseases. Unfortunately the life of many of them could not be saved. For others, however, the intensive care in hospitals made wonders. Cultural and lingual difficulties of communication on the one hand, and the rather chaotic and inadequate administrative conditions in the early years of the new state on the other hand (perhaps affected by what is nowadays considered the arrogance of “we know better what is best for you”), culminated in cases of parents not being properly informed of the death of their child, or of children whose parents could not be located after having been taken to hospital for urgent treatment. I witnessed the efforts to locate parents of such children and, also, the efforts to find them a proper home, once finding their parents failed. Investigating committees managed to reduce the number of children not accounted for to several scores, not hundreds. It is of course possible that in some cases criminal advantage had been taken of the misery of these people. However, describing these unfortunate cases as an instance of eugenics is not only wrong, but actually vicious.

A similar pernicious ignorance is apparent in Pfaff’s story of “the blood of Ethiopian Jews” that “was for a time segregated in Israel’s blood banks.” This story could perhaps be classified as a case of annoying disregard of human sensitivities, but certainly not as one that indicates eugenic notions. The blood donated by people belonging to this community was discarded because of the epidemiological consideration of the high proportion of HIV-positive individuals in these communities. This, however, was unfortunately done without informing the people involved or consulting them.

Eugenics, the concept of improving and anticipating the deterioration of the genetic property of future generations by controlling and regulating present-day reproductive practices, is perpetrated today inadvertently and to some extent also deliberately. It is important that it should be labeled and evaluated as such, rather than calling it by various surrogate names. However, perpetuating stories of discrimination on biological basis, whether malicious, insensitive, or just cases of stupidity, in the name of eugenics will only harm the cause.

After reporting that there have been recent disclosures that “more than 60,000 people in Sweden were sterilized against their will, or in ignorance of what was being done to them,” William Pfaff states that “the same thing was going on…in Britain.” This is quite incorrect and seriously misleads your readers. Legislation allowing for sterilization with any kind of eugenic intent was never passed in the UK and the reasons why this was so are of great interest. Although eugenic theories had their origin in the UK and received enthusiastic support from the Eugenics Society, other public bodies, and a good number of leading figures, opposition from several directions prevented the theories being realised in practice. Of major importance was the influence and work of Lionel Penrose, geneticist, and Lancelot Hogben, biologist, whose opposition was based on moral considerations and scientific scepticism. Also involved was opposition from the Trade Unions (the eugenic movement was largely based on class), the Catholic Church, and the British Medical Association.1 It was because such a particular combination of influences was not present in the other countries mentioned that eugenic sterilization went ahead there.2

There is probably much to be learned from this story, at a time when preventative genetic methods are being increasingly discussed and applied.

In William Pfaff’s article, “Eugenics, Anyone?” it is stated that, concerning the treatment of Yemeni Jews in Israel in the late 1940s, “It was revealed that hundreds of children of immigrant Yemeni Jews were literally stolen from their Arabic-speaking parents for adoption by families of European Jewish origin, in an attempt to meld the Yemenis into what then was the European mainstream.” This accusation has never been substantiated. In the utter confusion that reigned in the crowded immigrant camps at that time, many seriously ill Yemeni children were dumped as emergencies on overcrowded and understaffed hospitals. Many died from diarrhea or pneumonia, and were buried without their parents having been traced. Others who recovered and whose parents could not be traced in the confusion were later adopted. Since Yemeni Jews have on the whole easily recognizable facial features, hundreds of them adopted without their parents’ consent would easily be identified. They have not been.

In the same article, Mr. Pfaff implies that the blood of Ethiopian Jews was segregated for a time in Israel’s blood banks for eugenic reasons. The real reason was the high prevalence of HIV-positives among Ethiopian immigrants.

My remarks in my article about the controversies in Israel over supposed Yemeni infant kidnappings, and the alleged segregated stockage in Israeli blood banks of blood from Ethiopian Jewish immigrants, were based on reports in the Israeli press. I do not, myself, pretend to judge the truth of these reports, nor are they matters that can be resolved in foreign press debate. However the letters of Dr. Cohen and Professor Falk would not seem representative of the Israeli debate as a whole.
An Israeli government commission of inquiry was created in 1995 in response to the claim that between 1949 and 1952 as many as 600 Yemeni infants may have been taken from their immigrant parents for adoption by Ashkenazim couples. This commission found 40 seemingly “dubious” cases among the 687 dossiers, concerning 3,000 adoptions, which were examined. Debate on the matter has nonetheless continued, and the scientific committee of the Knesset recently proposed the creation of a genetic information bank open to consultation by Yemeni parents in search of their children and children in search of their parents. In September the Secretary General of the Labor Party, Ehoud Barak, presented his regrets to Sephardic Jews for the “harm” done to them in the past by the Israeli state.

Yossi Klein, writing in the Hebrew-language Ha’aretz, in an article reprinted in the French press on October 23 [Courrier International, October 23-29], argues that the arrival of the Yemenites in 1949- 1950 posed a seemingly fateful challenge to an Israeli leadership committed to creating a modern European-style state. He quotes an article which appeared in Ha’aretz at the time, which said, “We are dealing with a population whose primitivism touches the limits…. They are hardly superior to Arabs, or Blacks, or other barbarians.” Klein quotes Prime Minister David Ben-Gurion as writing (to Chief of Staff Yigael Yadin) of his despair that the Yemenites could ever be assimilated, saying that “the elementary basis for socialization is lacking…. [The immigrant’s] relationship to his wife and children is that of a primitive…. His physical aptitudes are restricted and he fails to observe even a minimum of hygiene.”

I obviously cannot say what is the truth about what happened to the Yemeni children, nor about what occurred in the related controversy about Ethiopian blood stocks. Were the latter immediately discarded as dangerous, or kept, but segregated? I simply agree with Professor Woodrow that in the context of today’s genetic research, all of these painful matters unearthed from the recent historical past provide us with subjects for reflection. 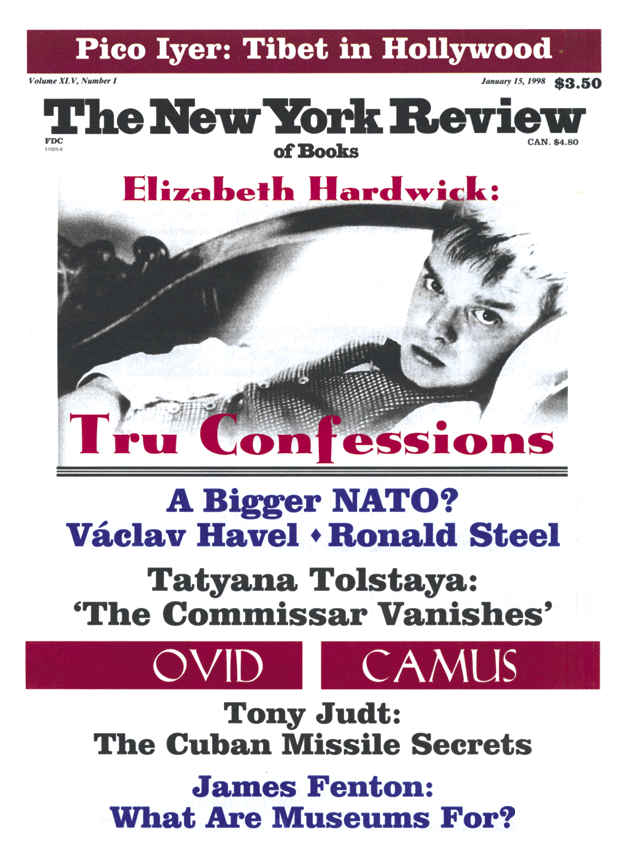 The Case Against Kids

The Politics of Middle Class Children

Once Made of Feathers and an Ounce of Blood