My copy of Alfred Kazin’s masterpiece, On Native Grounds (1942), is an English edition printed in accordance with wartime production standards on cheap paper and bound in boards not much more rigid than matchbook covers. It was bought by my mother in a London bookstall in 1943, the year the German army was stopped at Stalingrad and expelled from Africa by Montgomery and Patton. In that year, when it began to be possible to imagine an end to the war, my mother (born Barbara Bernstein in Berlin, she had fled in 1936 to England, where she married my father and gave birth to my brothers) turned her thoughts to America as the country in which she wished to raise her children.

On Native Grounds was an inspired guidebook to the country of her dreams. The work of an amazingly young man (twenty-three when he undertook it, twenty-seven when it was published), it began by describing the American “yearning for a world no one ever really possessed,” and it ended five hundred pages later, after a brilliant exposition of modern American literature, by denouncing the so-called “Axis Ministers of Culture” as “half-men, the death’s-heads grinning over their spoil,” with “no culture and no belief in culture.”

Like everything else Alfred Kazin was to write in the ensuing fifty-five years, On Native Grounds was a belligerent expression of hope. Hope drove his sentences and filled his speaking voice, which, as he grew older, often seemed on the verge of cracking under the strain of his passion and his anger at the dispassionate. He demanded hope from every writer he assessed; and even when he reviewed a book harshly, it was with a kind of outrage on behalf of readers cheated, he thought, by a work that fell short of its obligation to disclose some ground for building a better future.

His trilogy of memoirs, A Walker in the City (1951), Starting Out in the Thirties (1965), and the pugnaciously titled New York Jew (1978), tells the story of hard times, but always with a sense of bright expectation. He was sometimes embarrassed by the ways of his immigrant parents, as when he brought gentile friends to the family table in Brooklyn, and his “father kept slurping the soup and reaching out for the meat with his own fork.” But the young man “hugged my aloneness, our apartness, my parents’ poverty, as a sign of our call to create the future.” What grated on his increasingly American sensibility was his parents’ self-denial (his mother refused “ever to enjoy openly or even to admit that she craved enjoyment”) and their stubborn fidelity to the past. In New York Jew he recalls walking in the Brooklyn Botanic Garden with his father, who “as a Jew segregated in the Pale… would never have been allowed into St. Petersburg,” but who compared the botanical pavilions unfavorably to the Tsar’s summer palace. Here is the son’s comment on the father’s misplaced pride: “What beautiful myths and obstinate delusions these despised Russian Jews lived on!”

Alfred Kazin was among the last of our major literary intellectuals to have come of age during the Depression. Yet even in a city of bread lines and shanties, he loved the undiscriminating country into which he had been born, where palaces were public and Jews could go where they pleased. City College was his yeshiva and the New York Public Library his shul. “There was nothing strange or unexpected in 1938,” he recently recalled, knowing that such a claim now seems to some an incongruity, “about my being both critical of ‘the system’ and crazy about the country.” In large measure America meant New York to him; but he also looked beyond the great city—listening, enraptured, to his father’s stories of having worked as a laborer for the Union Pacific Railroad in the enchanted West. The last time I heard him speak, at a symposium in his honor last fall at the City University of New York, he talked movingly of how his father wept upon hearing of the death of Eugene V. Debs and of Robert La Follette’s failure to win the presidency—plainspoken prairie men in whom patriotism and outrage on behalf of the oppressed seemed the same thing. One of the pleasures of rereading On Native Grounds today is to encounter afresh this delight with which a precocious son of immigrant Jews discovered his own ideals in writers from the American heartland (Sherwood Anderson, William Dean Howells) who “brought home the Middle West to me as the valley of democracy and the fountainhead of hope.”

To read Alfred Kazin’s early work is to go back to a time far from our age of celebrity magazines and academic free agency. He tells of going down to the Chelsea office of The New Republic and forcing a place for himself on the crowded bench in the waiting room among those hoping for a reviewing assignment from its literary editor, Malcolm Cowley. Unable to supply all the hopefuls, Cowley would sell off extra review copies and dole out the proceeds to those who went home without a book in hand—mostly bookish boys sustained not only by their ambition and sense of romance, but by an ingenuous belief that a few columns in The New Republic could change the world.

This sense of high stakes never slackened for Alfred Kazin. Yet he also knew, as he put it mischievously not long ago to an academic audience, that “writing criticism was the booby prize for people who were not creative—that is, all those who couldn’t write novels.” Despite his ample pride, he had humility and a sense of proportion, and he spoke mercilessly about presumptuous professors “riding herd on students who are so unused to general reading that they have little taste of their own and are glad to be told how to read, especially what to discount.” He hated pretense, whether he found it in the latest critical jargon, or sixty years ago among “those middle-class and doctrinaire radicals who, after graduating from Harvard or Yale in the Twenties, had made it a matter of personal honor to become Marxists, and who now worried in the New Masses whether Proust should be read after the Revolution and why there seemed to be no simple proletarians in the novels of André Malraux.”

Alfred Kazin was not chiefly interested in abstract ideas, and he never adopted a lofty cerebral style like that of his friend and older contemporary Lionel Trilling. His only methodological principle was that good criticism requires openness and immersion, and he believed that “what gets us closer to a work of art is not instruction but another work of art.” Though in his later years he held a Distinguished Professorship at the City University, he never seemed quite at home in the academy. It was a boon to all of us that he had no certified “specialty.”

A little sentimental and sometimes rash, he remained an exclamatory writer—which is why it is refreshing to read him in our age of critical technologia. His love for literature was irrepressible. From his first ventures into print to his final reviews (his last piece for The New York Review—on a posthumously published novel by I.B. Singer—was typically both tough and full of delight), he was almost always worth reading for the reason that Emerson gave when he wrote, “If a man is inflamed and carried away by his thought, to that degree that he forgets the authors and the public and heeds only this one dream which holds him like an insanity, let me read his paper, and you may have all the arguments and histories and criticism.”

He had a keen instinct for the psychological dynamics of literary history, as when he remarked (long before Harold Bloom coined the term “anxi-ety of influence”) how certain American modernists (Bierce, Stephen Crane, Anderson) made Howells “their bête noir, since he had been afraid of sex,” and thereby missed—or deliberately obscured—the fact that Howells’s social criticism went deeper than their own. But Alfred Kazin’s special talent was for evoking the texture of a place or style, as when he recalled the smoky balconies of Times Square theaters in the Thirties, where one could find refuge and sleep during the triple features, or when he identified Richard Wright’s “most striking technical gift” as his ability to express the relentless momentum of life as “act after act after act in an atmosphere of undeviating cruelty.”

Upon hearing the news of his death, I spent some time rambling through his books and came upon this wonderful passage about Scott Fitzgerald near the end of An American Procession (1984). It is not fanciful, I think, to glimpse in it a hint of a self-portrait that suggests the special quality that distinguished Alfred Kazin among the so-called “New York intellectuals” with whom he is often casually grouped:

Fitzgerald, more than Mencken or Hemingway or Dos Passos, loved America and attached himself to its myths. (No one else in his generation so seriously took American history as his history.) At the same time, he had this extraordinary and perhaps self-destructive gift of feeling himself to be the center of the universe and so a marked man. He was the reason for everything in sight yet was the wallflower-observer…. He was the center of things and its everlasting margin.

Alfred Kazin “took American history as his history” by inhabiting it with a fiercely sympathetic imagination. He had the judgment and learning of an estimable critic. But like only a very few other American critics—one thinks of John Jay Chapman and Edmund Wilson—he infused the language with himself and thereby became a writer who will last. 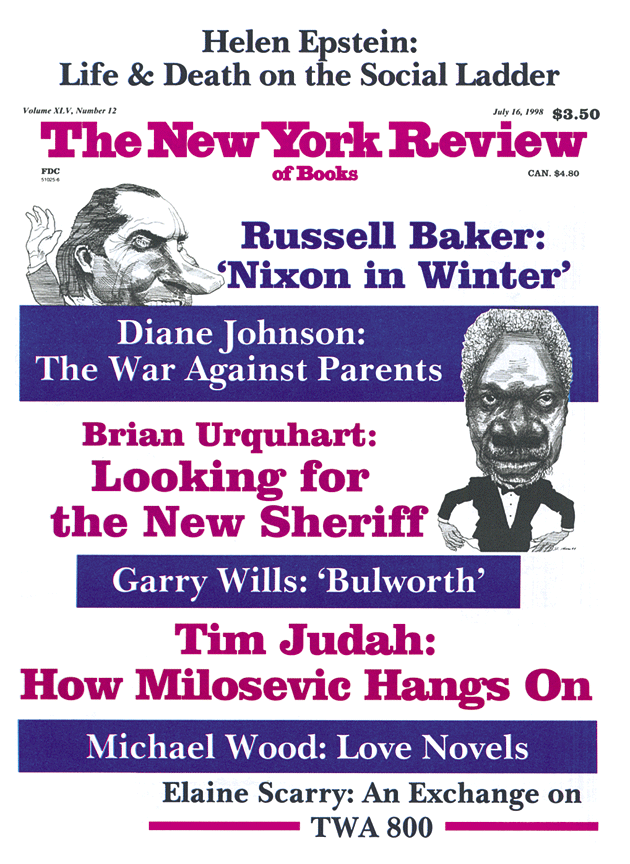 Though Stanley Kubrick was often characterized as icy, his life and filmography reveal that his heart was as large as his mind.

The creator of ‘The Twilight Zone’ dramatized isolation and fear but still believed in the best of humanity.

Though Stanley Kubrick was often characterized as icy, his life and filmography reveal that his heart was as large as his mind.

The creator of ‘The Twilight Zone’ dramatized isolation and fear but still believed in the best of humanity.

Andrew Delbanco is the Alexander Hamilton Professor of American Studies at Columbia and the President of the Teagle Foundation. His most recent book is The War Before the War: Fugitive Slaves and the Struggle for America’s Soul from the Revolution to the Civil War. (May 2021)

The Disease of All Diseases