Since several readers have written to protest the title given my article on Ukraine, “The Nowhere Nation” [NYR, February 24], I should make clear that it was supplied by the editors without consulting me. “Nowhere” can be read to imply that Ukraine either does not exist or has no right to exist. That is emphat-ically not my view. I understand and support the creation of an independent Ukrainian state, but am distressed that its political leadership has been unable as yet to create the institutions Ukrainians deserve. The title I gave the article was “Ukraine Today: Stalled on the Road to a Better Life,” which captures its content more accurately than does the title under which the article appeared. 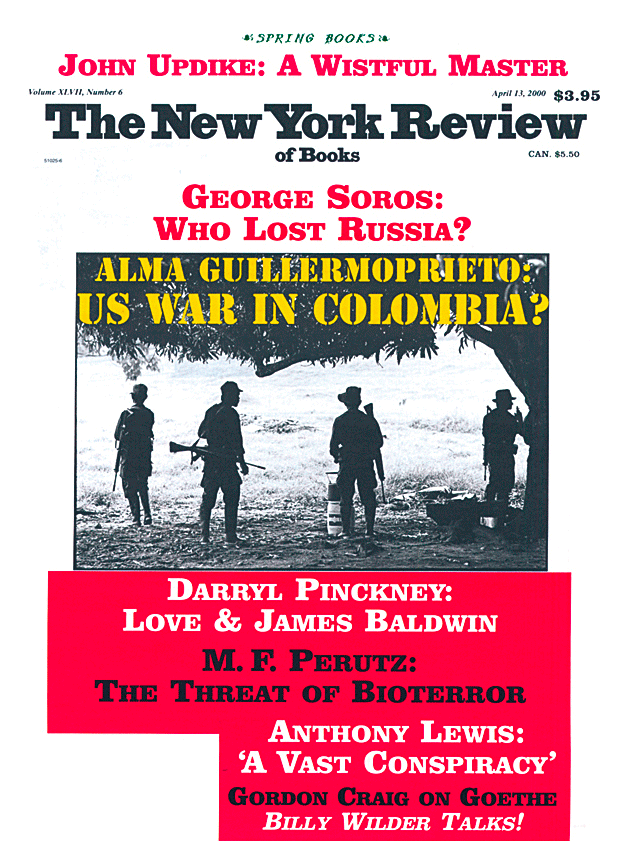 Russia: A Big Part in the Big Change

Russia: A Big Part in the Big Change

Ukraine & Europe: What Should Be Done?

If we lose the new Ukraine, it could create a failed state of more than 40 million people

Europe needs to wake up and recognize that it is under attack from Russia.

Europe is facing a challenge from Russia to its very existence.

Ukraine on the Edge

The Victory of Ukraine

Serhii Plokhy’s ‘The Gates of Europe: A History of Ukraine’

Ukraine: What Putin Has Won

Whatever government emerges in the territories controlled by the rebels will be hostile to Kiev and will look to Moscow for its future.