John F. Kennedy was president the last time the United States executed a federal prisoner. With the median age of the population only thirty-five years old, most Americans were not even born when Victor Feguer was executed in 1963. All this is about to change. Less than one month from today, on December 12, Juan Raul Garza, convicted of murder under the Drug Kingpin Act, is scheduled to be executed by the federal government. As this somber moment approaches, we urge you to pause and consider the implications of allowing any execution to proceed in the face of disturbing questions about the administration of the federal death penalty.

The Department of Justice, after nearly a year of study, recently released its survey of the federal death penalty system. No one can be unmoved by the results. They indicate that nearly three quarters of the persons selected by the federal government for death penalty prosecution are members of racial or ethnic minorities. The study did not purport to determine the racial breakdown of those who could have been capitally charged but were not. However, we have grave doubt that minorities commit 75 percent of federal capital crimes throughout the United States. The Justice Department’s study also reveals that half of federal death penalty prosecutions originate from a relatively small number of states. On the other hand, United States Attorneys in twenty-one states have never sought the federal death penalty. It is difficult to believe that not a single murder in those districts since 1994 was a possible candidate for federal capital prosecution.

These findings beg explanation. The Attorney General has ordered additional studies. But what can possibly account for a decision to seek the death penalty against the Hispanic defendant from Texas but not against the white defendant from New York accused of committing a crime with more egregious facts? It is a question of fundamental fairness. The answer, it seems, rests primarily in the hands of the ninety-three United States Attorneys across the country who wield enormous power and nearly unbridled discretion in deciding whether to prosecute a crime federally (or simply leave it to state authorities to handle), whether to charge a suspect with a potential death penalty crime, and whether to allow a defendant to plead guilty in exchange for a sentence less than death.

We urge you to commute Mr. Garza’s sentence to life in prison without the possibility of release. Short of that step, we ask you to impose a moratorium on federal executions. We are aware that a group of concerned individuals recently called upon you to halt the execution of Mr. Garza. We add our voices to Citizens for a Moratorium on Federal Executions and ask you to declare a moratorium while these questions are studied, debated, and answered. Nothing less is acceptable before reactivating the federal death penalty machinery that has stood silent for four decades.

This is not a decision to be deferred. We look to you, Mr. President, to lead. 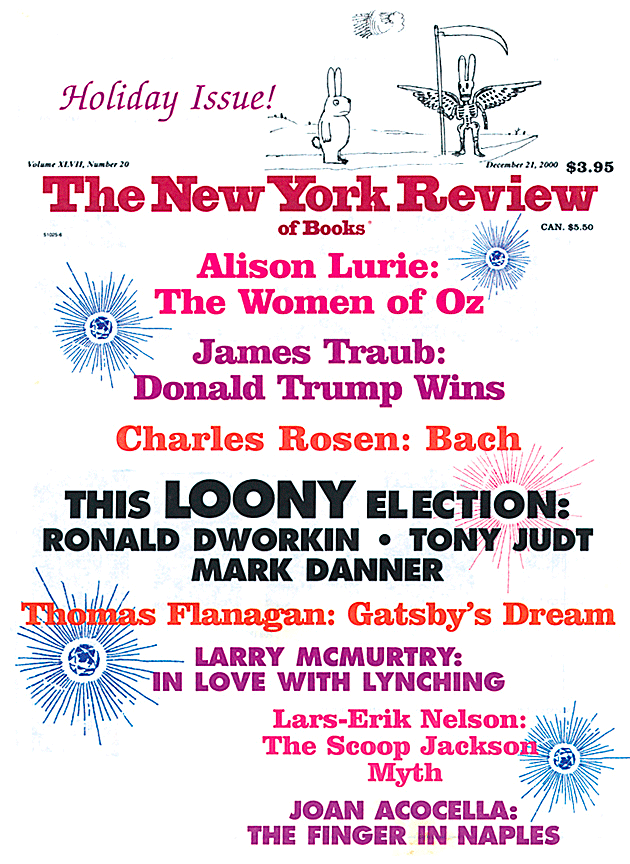 A One-Term President?: The Choice

The Unraveling of Reagan?

Is the Party Over?