I regret that Professor Sauerländer, a close colleague and proponent of innovative approaches to medieval art, found my enthusiasm for the art of female monasticism to be the occasion for such spleen [“Images Behind the Wall,” NYR, April 25]. Sauerländer states that I have “virtually monopolized a new field.” Monopoly was neither the aim nor the effect of my work (witness the projects listed at “Kontaktliste Frauenkloester,” www. frauenkloester.de). In The Visual and the Visionary (p. 13), I noted that in the early 1980s “a book on female spirituality, let alone on the ‘visual culture’ of female monasticism, would have been regarded as an oddity. Today [i.e., 1998], mercifully, neither subject needs justification.” If I was “naive,” perhaps it was thinking that justification was no longer necessary. Nowhere do I argue that the study of nuns’ art need blind us to the beauty that Sauerländer (and I) so much admires. In fact, I plead that “the study of female piety and patronage…be seen as an integral part of a general history of medieval art and spirituality” (p. 109). As for my “naive” conviction that “the experiences of medieval nuns remain accessible,” I can only respond that if they were entirely inaccessible, it would be impossible to say anything about them. Sauerländer accuses me of romanticism, but his review (as opposed to his own scholarship) leaves the impression that it is he, not I, who feels nostalgia for an old order, in which aesthetics excluded context and female monasticism was ignored or disparaged.

Sauerländer characterizes Nuns as Artists—the first sustained study of drawings linked to a particular convent—as a “narrowly conceived case study.” Perhaps, but no narrower than many studies whose legitimacy is never questioned. He also doubts “that they could have been done all by the same hand”—despite my saying that they might “stem from several hands” and that their “stylistic conventions…recur in drawings and miniatures from other convents” (p. 17). Although Sauerländer admits that they likely “were conceived” at St. Walburg, he elsewhere doubts their provenance—another way of trying to sweep this material from view. The additional drawings (whose existence I surmised but could not examine, and which would only have fleshed out my findings) tend to confirm their origin.

As for Sister Zunker of St. Walburg, it is she, a Catholic nun writing on pre-Reformation images, not I, who felt compelled to quote Luther’s chaste translation of the Song of Songs in order to suppress the self-evident sexual imagery in the drawings. Female spirituality can be subjected to psychoanalytic readings (as can male spirituality), but to insist on this approach risks foreclosing historical interpretation of an alien form of artistic expression. The images from St. Walburg are far less conventional than Sauerländer, with his narrow notion of orthodoxy (religious as well as art-historical), seems willing to allow. They are “artless” only insofar as they embody an aesthetic distinct from the abbey’s inventory of images made by professional artists. Deeply rooted in, yet responsive to, the broader visual culture of their day, the drawings were by no means “degraded” in the eyes of those who made them. Degradation, it appears, is in the eyes of the beholder.

Sauerländer bemoans the fate of medieval art history. “Après moi, le déluge“? Perhaps from his perspective. I am more optimistic. As for “heresy,” it appears my real transgression is not theological, but art-historical. Nowhere do I argue that we should cease to study masterpieces. As for “self-expression,” which Sauerländer claims is a modern concept, would he have denied it to male monks and patrons? One does not have to be a blind believer in Burckhardt’s Renaissance to acknowledge that the Middle Ages knew forms of individual as well as corporate identity, and that religious devotion provided a significant setting for the formation of what we now call subjectivity. Had Sauerländer mentioned my chapter on “medieval self-fashioning,” he could have discussed how I deal with such issues. And speaking of anachronism, one could respond that the “aesthetic” itself is a modern category. Rather than play off the “old” and “new” art history—a stale debate between dogmatisms—I would rather plead for a pluralistic approach, one that admits that, even for those of us (myself included) who have little faith in eternity, heaven, at least in scholarship, has many mansions. Professor Sauerländer, however, seems to begrudge medieval nuns so much as a cell, let alone a room, of their own.

I am distressed that Professor Hamburger seems hurt by a review which, while it took issue with some of his methods and conclusions, expressed respect for his passionate exploration of a neglected field.

Our differences concerning the work he discusses derive partly from a hermeneutical problem. As modern viewers we can never entirely escape the aesthetic or romantic approaches to medieval art. This remains true whether we study masterpieces or humble images from a nunnery. We should, in my view, be aware of the difference and the tension between the two. The naive drawings from St. Walburg discussed in Professor Hamburger’s book date from the same moment as Schongauer’s engravings or Dürer’s Apocalypse. It is hard to see how one can avoid the problem of evaluating these two classes of images within a plausible aesthetic or intellectual hierarchy. 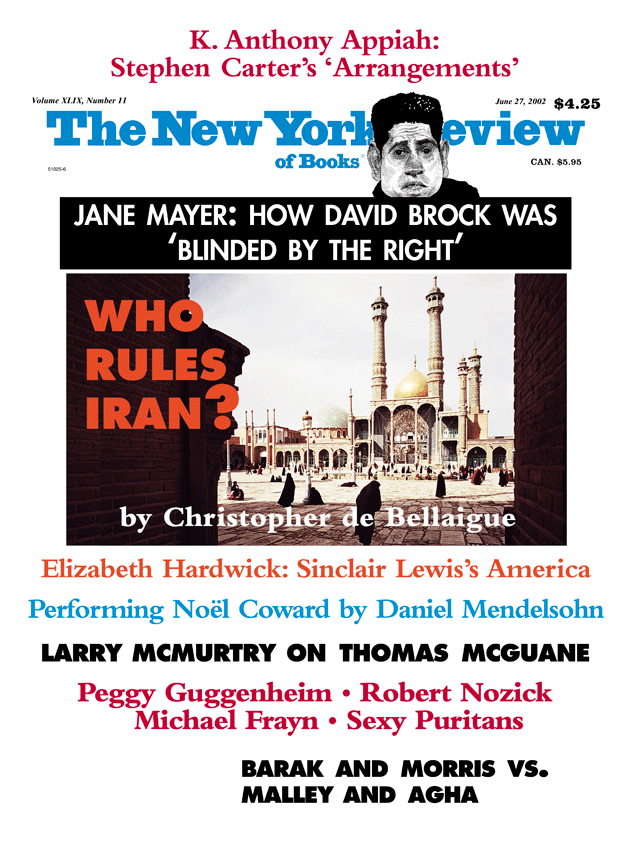 An Affair of State

“Memory Palaces: Inside the Collection of Audrey B. Heckler” at the American Folk Art Museum

In Their Own Worlds

Learning more about, and trying to place, “outsider” artists

The Boy Who Nearly Won the Texaco Art Competition

An Eye on the Tremors

The Art of the Phony