I want to note a couple of demographic errors in my piece on “Prison Mania” in the September 25 issue—ones brought to my attention by Andrew Hacker. The first has to do with the percentage of African-Americans in our current prison population in America. I wrongly stated that the figure was “three quarters.” In fact, the 2001 figure is 46.3 percent, which is an all-time high, more than twice the percentage it was in 1930. Whites comprise 36.1 percent, and others (mainly Hispanics) 17.6 percent.

The second error has to do with the proportion of mothers who give birth to infants out of wedlock. What I should have said on page 46 was, “By the 1990s, a third of American children were born to single mothers. The figure for out-of-wedlock births among African-American mothers was 68.6 percent, in contrast to 22.5 for whites.”

I apologize for these errors, and am grateful to Andrew Hacker for bringing them to my attention. 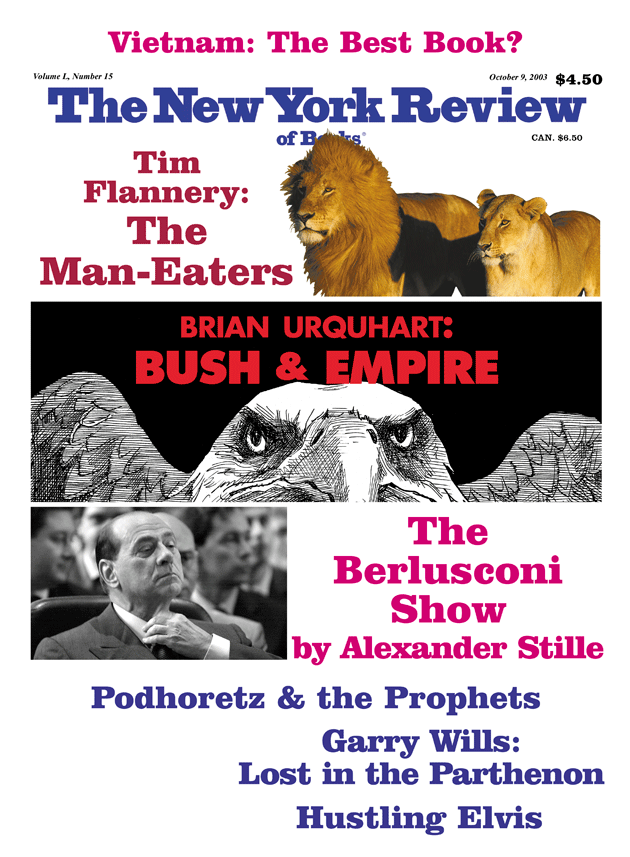 ‘The Culture of Control’

Do Not Pass Go

‘The Culture of Control’

Do Not Pass Go

Who Should Go to Prison?

Our Awful Prisons: How They Can Be Changed