A Highly Paradoxical Historian from the April 12, 2007 issue

Keith Thomas’s review of Hugh Trevor-Roper [“A Highly Paradoxical Historian,” NYR, April 12] mentions Trevor-Roper’s “mercilessly sadistic” treatment of “his former pupil Lawrence Stone.” That finally clarified for me two memorable sentences in Stone’s The Family, Sex and Marriage in England 1500–1800 (1977, p. 98): “The Elizabethan village was a place filled with malice and hatred, its only unifying bond being the occasional episode of mass hysteria. The only modern equivalent is the Oxford Common Room.” 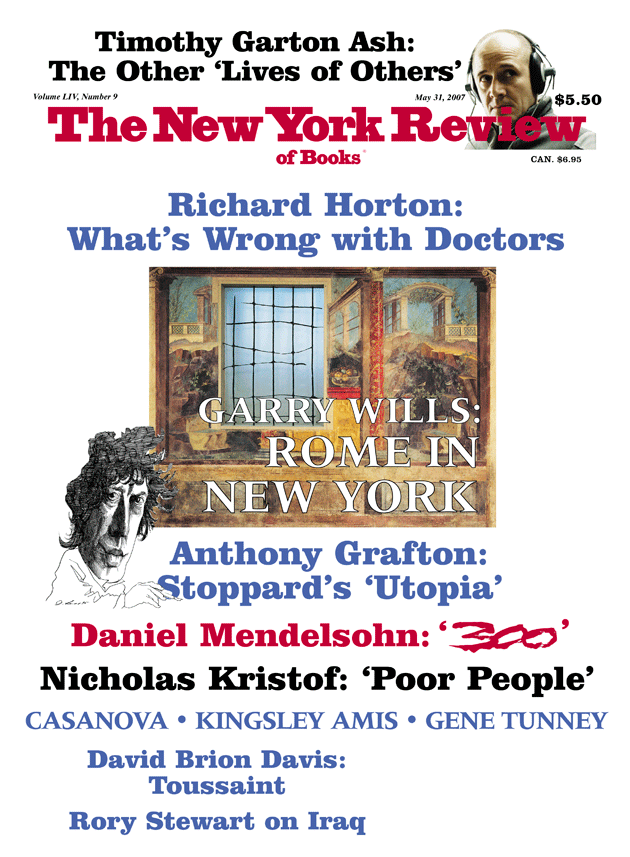 Milton and the Schismatics

Milton and the Schismatics

The Common House of Europe

What to do About Hate Speech?