Brian Kelly and I are flattered at the time and attention The New York Review devoted to John Terborgh’s review of The Last Forest [NYR, November 22], and we agree with many of his conclusions about the future of the forest. But we’re flummoxed by some of his observations which don’t square with the contents of the book.

All the while, fires burned out of control in Amazonia. More than eight million hectares (nearly twenty million acres) of rain forest had burned in 1987, the culmination of what filmmaker Adrian Cowell called “The Decade of Destruction.” In the Amazonian state of Roraima, four million hectares, an area larger than Switzerland, burned in less than a month that year.

And he might have skipped page 155, where we write:

Valentim advocated against burning as a means of pasture clearing, a radical departure. He showed that burning often fails to kill the roots of the burning plants, kills off the remaining productive grass, and acts as a trigger for the dissemination of seeds of invasive plants through the smoke. Burning also destroys the protective shield around waterways, leading to uncontrollable erosion and flooding. Because fire burns the flora indiscriminately, it robs the pastures of opportunities for shade, a necessity for cattle in this area.

I am happy to have this opportunity to reply to Messrs. London and Kelly. The Last Forest does a great service to the Anglophone world in drawing attention to the large-scale changes underway in the Amazon and some of the implications of these changes for Brazil and the world as a whole. Many trends are at work in the Amazon and some are contradictory. Although I enjoyed reading The Last Forest, I felt it fell short in synthesizing and integrating much of the relevant information.

Current trends associated with Amazonian economic development, including the expanding frontiers of logging, mining, and agriculture, aided by huge hydroelectric and transportation projects, result in massive forest loss. Offsetting these environmentally destructive trends are countertrends, most prominently urbanization of an erstwhile rural population and the establishment of protected areas, already amounting to nearly 40 percent of the Brazilian Amazon. London and Kelly regard this as a “meaningless statement,” an opinion to which I take strong exception, since protected areas constitute the bedrock of conservation. It is true that the resources available for managing protected areas in developing countries are far from adequate. But ultimately, it is not resources alone but public and international opinion that will determine the fate of parks and other public lands.

I offer a case in point. Just this October a bill was presented to the Peruvian Congress proposing to excise 209,000 hectares—over 500,000 acres—from the Bahuaja-Sonene National Park in order to clear the way for oil exploitation. The proposal resulted in a blizzard of e-mails and petitions to the government and Congress, mostly emanating from within Peru. I have spent more than ten years of my life in Peru, and I have never seen such an outpouring of public protest over a conservation issue. One is reminded of our own experience with the Arctic National Wildlife Refuge. After the intensity of public opinion became apparent, the bill was withdrawn. What really protects protected areas are people who care about them. As parks receive more and more visitors, the number of people who care continues to grow.

As for the issue of fire, what I said was, “Fire…holds the potential to be the undoing of the Amazon, a fact not mentioned by London and Kelly.” The authors rightly point out that they did mention fire. Indeed, it can hardly be ignored, as the annual burning season in the Amazon casts a pall of smoke over large sectors of the country. What they did not say is that fire is perhaps the most serious threat facing the Amazon because it occupies the key step in a chain reaction that starts with logging and ends with the complete destruction of the forest.

Intact tropical evergreen forests burn with extreme reluctance or not at all, even in severe droughts. But the slash and killed trees left behind by logging operations allow fires to propagate widely, even through lightly logged forests, as they did in the central Amazon during the 1998 El Niño drought. This fact raises a serious question whether “sustainable” logging of tropical forests is even a valid concept. My own view is that it is not, but the jury is still out.

I will concede to Kelly and London that the term Avança Brasil for a grandiose infrastructure development plan for the Amazon has fallen into disuse, but only after it provoked a furor of controversy and protest, including a feature article in Science magazine in 2004. It would, however, be foolish to imagine that the environmental threats represented by Avança Brasil have abated, for the plan lives on in the minds of government officials charged with advancing economic development in the Amazon. Which components of the original plan will eventually materialize remains unclear, as conserving the Amazon’s huge store of carbon (equivalent to fifteen years of current global emissions) becomes an ever more vital and urgent international priority. Fifty years from now, which will it be: a green Amazon or a brown Amazon? Neither London and Kelly nor I know the answer. 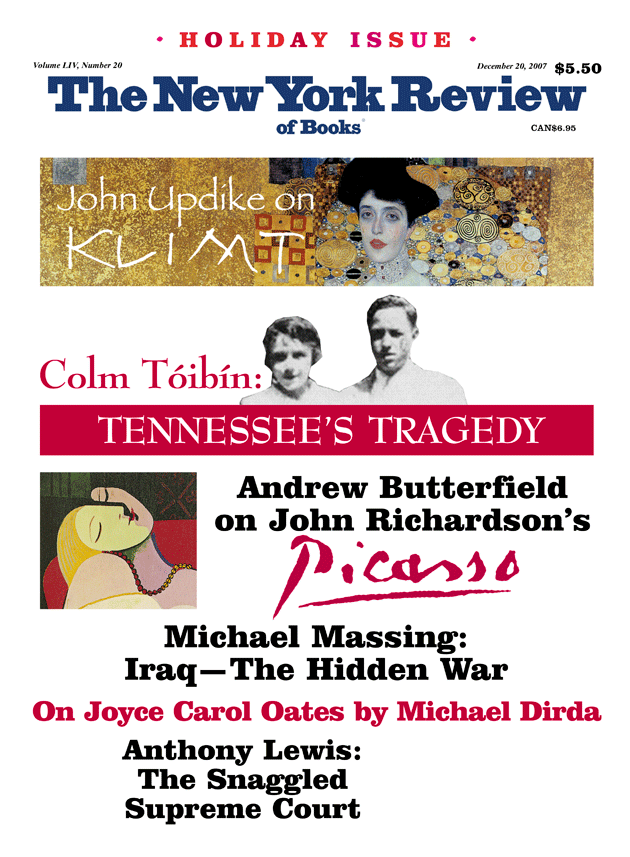 The Green vs. the Brown Amazon

An Exchange on John Brown

The Fate of the ‘Unconquered’: An Exchange

‘Who Killed Homer?’: An Exchange