The Passions of Joseph Needham from the August 14, 2008 issue

In his illuminating essay on Joseph Needham [ NYR, August 14], Jonathan Spence notes that early in his career Needham posed the question: “What were the inhibiting factors in their civilisation which prevented the rise of modern science in Asia?” After Needham and his collaborators published Science and Civilization in China (at least twenty-four volumes), Spence concludes that “there was one topic—the reason for the sudden ending of China’s great scientific burst of energy from the early sixteenth century onward—that Needham never did answer.”

However in two essays Needham does address the question of why modern science did not develop in China. These two essays are reprinted in Needham’s book The Grand Titration: Science and Society in East and West (Chapters 5 and 6). Needham’s argument, in part, is as follows: there is an “antagonism between manual and mental work which has run through all ages and all civilizations” which has prevented the rise of modern science. Only the merchant class can bring together this Greek praxis and theoria, or the corresponding Chinese shu and hsueh.

In traditional Chinese society, “the merchants were supposed to be socially the lowest” of the four ranks.

Wealth as such was not valued. It had no spiritual power. It could give comfort but not wisdom, and in China affluence carried comparatively little prestige. The one idea of every merchant’s son was to become a scholar, to enter the imperial examination and to rise high in the bureaucracy.

Needham concludes that “there cannot be much doubt that the failure of the rise of the merchant class to power in the State lies at the basis of the inhibition of the rise of modern science in Chinese society.”

Professor Goodman’s citations and summary from Joseph Needham’s book of essays The Grand Titration are indeed helpful in tracking “the Needham Question,” which explores the reasons behind China’s apparent closure in innovative scientific research around the sixteenth century CE. Professor Goodman reminds us that to explore this question carefully, we have to assess the strengths or limitations of China’s mercantile enterprise in the earlier centuries, when Chinese science was so rich and varied.

Did the merchants indeed begin to get more closed off in the Ming Dynasty (1368–1644), at the same time that the scientific drive seemed to weaken? Or were there other factors at play? To confuse the issue further, in recent years a number of strong scholarly works have tracked many new examples of dynamic commercial and economic enterprise in the Qing period (circa 1644–1911), during China’s last dynasty, when China appeared to be dramatically “falling behind” in scientific energy. The debate is far from over.

Those who might want to pursue these questions further, whether to rethink them fundamentally or to tie them more firmly to Needham’s own magnum opus, will surely find no better point of entry than the recent review essay by Professor Nathan Sivin, a leading historian of Chinese science, who I would surmise knew Needham and his work as well as anyone in the United States. Published in China Review International in 2005, Sivin’s essay focused on Needham’s Science and Civilisation Volume 7, Part 2, “The Social Background, General Conclusions and Reflections,” edited by K.G. Robinson (Cambridge University Press, 2004), and used the occasion to give a poignant and nuanced overview of Needham’s work as a whole.

Sivin is by no means convinced that “the Needham Question” needs asking anymore, after so many years, for he feels—along with many other scholars—that “to explain what did not happen is about as rigorous as fiction.” Yet when he steps back and looks at all those who have struggled to give explanations for what happened to Chinese science, Sivin concludes that “Needham’s are the most thoughtful and the best informed,” even if ultimately “none has reshaped our understanding.” If we seek certainties about the long hiatus within Chinese science, we are likely to be disappointed: “What did happen was the emergence of early modern science in Europe. It is Europe that needs to be understood.” 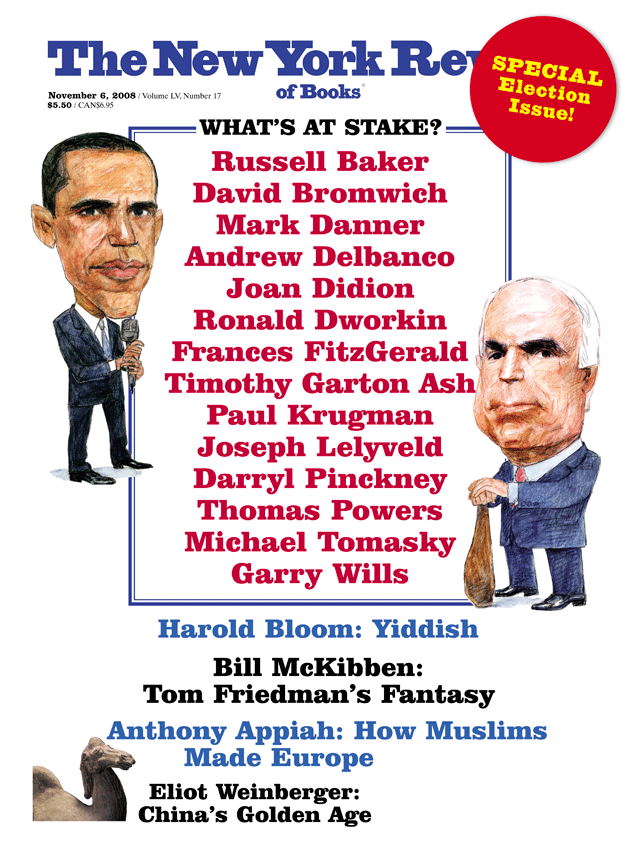 The Glories of Yiddish

The Glories of Yiddish

A towering figure in American medicine

The Twins and Modular Arithmetic