As a matter of crude shorthand, the South African photographer David Goldblatt might be described as his country’s Walker Evans. Though Evans was one of Goldblatt’s models when he was starting out more than a half-century ago, the comparison at this point serves only to hint at the moral clarity of his vision, the seriousness of his purpose, and the scope of his achievement. It does not prepare you for the stirring experience that awaits you at the Jewish Museum, where a copious exhibition of his black-and-white work, mainly from the Sixties, Seventies, and Eighties—the heyday of apartheid—will be on display through September 19.

Goldblatt, who never really considered himself a photojournalist, divides his work into two categories: the professional and the personal. The professional was what he did on assignment for some editor or corporation; the personal was what he did out of his own deeply felt need to engage his tumultuous land and its people. It’s an engagement that went far beyond racial conflict and oppression without ever becoming distanced from those unavoidable realities. He traces it back to his formative years in a mining town called Randfontein, outside Johannesburg, where he was occasionally singled out as a Jew and roughed up by Afrikaner schoolmates, and where later, serving customers in his father’s clothing store gave him daily exposure to the small courtesies, discourtesies, evasions, and casual inbred racism that set the tone of that time and place.

As a photographer, Goldblatt’s distinctive way has always been to go deeper, to find an oblique angle that went right to the heart of the matter: an image bespeaking loneliness, stunted aspiration, fragile pride on both sides of the racial divide, not infrequently with an intimation of imminent violence, or its result. A white boy on a picnic holds a toy pistol to his infant brother’s head; a seated black youth displays casts on both his arms, results of a security police beating; an Afrikaner soldier offers a stiff salute beside the graves of two boyhood friends killed in combat on the Angolan border.

The shadow of violence doesn’t preclude suggestions of intimacy. Consider the image of a white farmer’s son, his hands gently resting on the shoulder and back of a black nursemaid who can be hardly more than a few years older than himself; or a white shift boss underground in a platinum mine, grandly cruising through a tunnel in what’s called a pedal car, with a black mineworker beside him to do the pedaling; or a farmer knocking together a coffin for a neighbor’s indigent servant. In a self-assuaging manner not dissimilar to that of whites in the segregated American South, Afrikaners would boast paternalistically that they knew their blacks and looked after them. On the farms, the claim was mostly but not entirely hollow. In the suburbanized white “group areas” to which they increasingly migrated, only the rough edges remained.

In a Goldblatt image, there’s seldom a crowd. These are not pictures shot from the hip by a sneaky, fast-moving photographer with a nervous finger on the shutter button. There are many examples of small family groups presented with a startling directness. One of these especially seizes my attention, perhaps because I happened to be standing a few feet behind the photographer when he took it forty-five years ago. A young Afrikaner railway worker and his wife stand in the yard of their government-provided housing. These are poor whites whom the apartheid state tried to lift up. Husband and wife look incredibly earnest and sad; their infant, in the mother’s arms, appears to be squalling. Goldblatt’s characteristically informative caption takes account of their religious views (which I’d completely forgotten): they think all sects have a piece of the truth so they make a point of going to a different church each Sunday. As you turn back to this picture, a stereotype shatters.

Sometimes there are no people at all, just their habitations, monuments, or churches; or the places where these stood before the authorities moved in to knock them down and forcibly move their inhabitants to distant, color-coded settlements in pursuit of apartheid’s twisted dream. In one image the inhabitants have not been moved: a black woman lies full length on a sagging divan, an infant beside her; the rest of her sorry furnishings are arrayed around her. What’s missing are the walls and roof of her “illegal” shanty, which had been constructed of branches and plastic sheeting. These the police have confiscated and shredded. Moments after the picture was snapped, Goldblatt tells us, she got up to start rebuilding.

The cumulative effect, the emotion most of these images elicit from the viewer, isn’t indignation so much as sympathy for embattled individuals struggling for shelter and self-respect. The photographer, without being in the least softhearted, manages to extend that sympathy to Afrikaners, the people in whose name the oppressive system has been decreed. He can identify with their attachment to the land and comes to share it, even as he chronicles the disfigurement of the landscape and the racial injustice the system has wrought. He saw himself as a truth-teller—though he would not have put it so starkly—rather than a political actor, portraying the country rather than the “struggle.” But in the deepest sense, struggle was his great theme.

It has been more than two decades since apartheid ended as a legally sanctioned system, but its disfigurement endures in the townships and rural resettlement camps that came into existence under white rule. In the post-apartheid years—his seventh and eighth decades—Goldblatt’s engagement with the land has become ever more passionate. The political change in his country coincided with leaps in technology that inspired him for the first time to shoot most of his personal work in color, now that it was possible to work with prints on a computer the way he’d always worked with negatives in a darkroom, till he was satisfied that he’d obtained a faithful rendering of the pure luminescence, the very lightness, of South African light, a quality that Kodachrome tended to prettify.

The subject matter remains essentially the same but the society has changed. Class rather than color now determines where people can live so there are more opportunities to show the racial and social strata at close quarters, often in the border areas between squatter settlements, big and small, and gated communities, now nominally desegregated. Though there are a half-dozen examples of black-and-white Goldblatt pictures taken since the millennium (including one of a shoemaker plying his trade behind coils of barbed wire that more effectively than any headline underscore the insecurity of the new South Africa), his migration into color and larger-size prints is a chapter of his career omitted from the survey at the Jewish Museum. It is preserved in recent books such as Intersections (2005) and Intersections Intersected (2008). The latter volume juxtaposes his black-and-white personal work with the color work of recent years, as did an exhibition at the New Museum in New York a year ago.

What’s now on display on Fifth Avenue may not be everything but it’s enough to show how David Goldblatt has gradually come to be recognized far beyond South Africa and the circle of its refugees and groupies as a contemporary master. South African cultural figures, among them the writer Nadine Gordimer and the theatrical director and all-around fomenter and impresario Barney Simon, were the first to grasp the significance of his gathering body of work. He had his first solo museum exhibits in Johannesburg and Cape Town in 1983, by which time he’d been at it full-time for twenty years. (The Museum of Modern Art followed fifteen years later.) In 2006 he received the Hasselblad Photography Award—the closest thing to a Nobel in his field—and in 2009, the Henri Cartier-Bresson Award. These prizes and the second of two major exhibits in New York in a year testify to a fact that has long since been evident: that his work will outlast the era it portrays because it captures more than conditions in South Africa at a particular time. In what happens to be a South African setting, it reaches across time to touch the heartache and solitude of the human condition itself.

—A previous version of this article was published on the NYRblog. 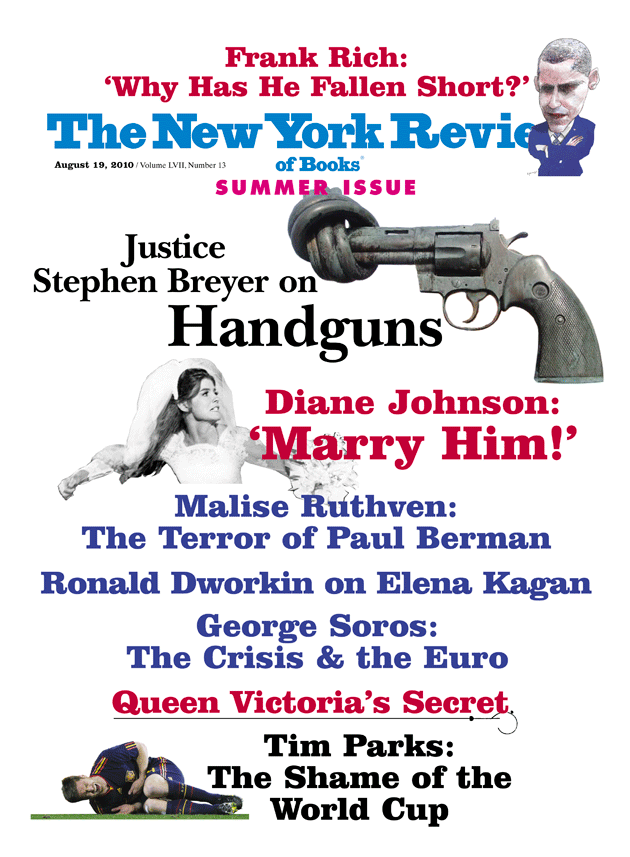 A Clinton victory in an election in which a majority express mistrust of either candidate won’t be easy to interpret, whatever the margin

A Clinton victory in an election in which a majority express mistrust of either candidate won’t be easy to interpret, whatever the margin

Joseph Lelyveld's most recent book is His Final Battle: The Last Months of Franklin Roosevelt. (November 2017)

The Collages of Mark Strand

The Uses of Adversity