Several readers have written to The New York Review pointing out that George Orwell was not a member of an anarchist militia but of the Partit Obrer d’Unificació Marxista (the Workers’ Party of Marxist Unification, or POUM), a relatively small Marxist and anti-Stalinist unit consisting of members of the Communist Party [“The Intimate Orwell,” NYR, May 26]. These readers are accurate in pointing out that Orwell enlisted in the POUM militia. It should be noted however that a number of POUM members were themselves anarchists and that the POUM (which was one of the smallest militias) fought alongside the anarcho-syndicalist CNT militia—hence the common confusion between POUM and anarchists.

This clarification should in no way make us overlook the importance of Orwell’s final statement, which best summarizes his most constant political stance: “The real division is not between conservatives and revolutionaries, but between authoritarians and libertarians.” 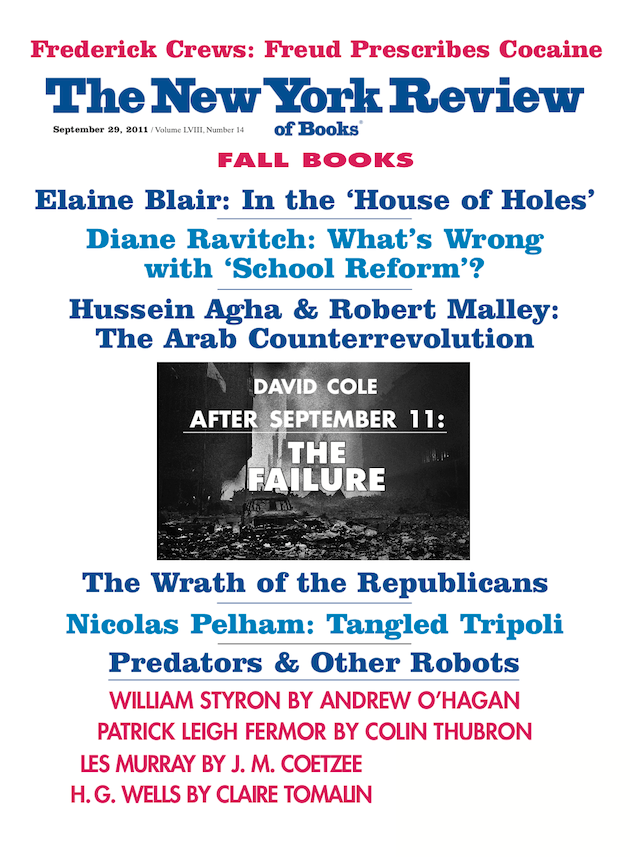 After September 11: The Failure

He Told the Truth About China’s Tyranny

He Told the Truth About China’s Tyranny

After September 11: The Failure

The Truth about Orwell