There never was a merry world since the fairies left off dancing and the parson left conjuring.

The English historian Keith Thomas has revealed modes of thought and ways of life deeply strange to us, and he illustrates them with precise evidence. In his Religion and the Decline of Magic his subject is early modern England, roughly between 1500 and 1700.1 To understand that world, we have to take ourselves back to the beginning of the period, into the mindset of a preindustrial society, when most people were engaged in agriculture, most people could not read, and the ritual year of Roman Catholicism shaped the experience of the ordinary man going about his ordinary days. To keep at bay the misfortunes of the world, he followed the prayers framed for him in Latin, a language he did not understand, attributing a mechanical efficiency to their enunciation, heaping them up as if he could build a staircase to a capricious God, whom he hoped, one day, to see face to face.

Keith Thomas has made a special study of magic and magical thinking. He sees that they were not quaint deviations from mainstream thought; they were not marginal to the early modern world, but intrinsic to it. Closely allied to religious sentiment and ritual expression, magic survived the Reformation, adapting its form. Magic was not just the province of “Hob, Dick and Hick” the simple villagers, but also of the erudite and sophisticated; kings had their astrologers to guide them, and the politically astute could manipulate popular belief in prophecies and miracles so that they had an impact on the affairs of nations. But our ancestors were not emptily credulous. They didn’t believe in just anything. Their worldview was diverse but coherent; it had its own pedigree, and left its own descendants. Their society, which seems to us static, traditional, and hierarchical, proves on closer inspection to be constantly shifting, renewing itself.

When Thomas’s Religion and the Decline of Magic was first published in 1971, it drew together two disciplines, history and anthropology, which early in the twentieth century had grown apart. But the author has no grand thesis to sell us. The joy of his dry and witty book is in its accumulation of fine detail, and also in its broad humanity. Emerging from most studies of the past, the reader feels a leaden ache, a sense of pity and waste and dread. From this book, the reader emerges exhilarated, provoked, amused, with an insight into the ingenuity and potential of human beings and a sense that the past was not a place of insensate ignorance and darkness, but a place we are privileged to revisit through the craft of such an original, painstaking, and erudite historian.

It is important not to exaggerate the grimness of the early modern age. Our ancestors in Tudor and Stuart England may well have been healthier, happier, and saner than those who toiled in the factories of the industrial revolution. Even though two centuries were marked by plague, civil war, and religious turmoil, the English were spared some of the depredations of the long wars and cyclical famines that afflicted continental Europe. Even so, life expectancy was low and the levels of routine pain and misery were high. It was a world of thatch and bedstraw, where an unattended candle could burn down a town. One third of infants died before the age of five, even among the aristocracy. The harvest failed about one year in six, and epidemics broke out in the wake of hunger.

Medical practitioners had built up an elaborate theoretical edifice, but it was of little use in practice, and even if it had been, poor people relied on the cheap and locally available services of herbalists and wise women. Every childbirth brought a woman to a liminal state, poised between this world and the next; the midwives who attended her were (alas for feminist sentimentality) often dirty, cruel, and useless. There was nothing to buffer the individual from fatal or life-changing disaster. There was no insurance. There was no compensation. Sudden death could whisk you before God for his eternal judgment, without any chance of confession and forgiveness; hell gaped, its torments graphically illustrated for you, in color, on the walls of your parish church.

As a dweller in this world, how did you combat quotidian misfortune and keep existential terror at bay? You could blank out the perils with strong drink. Or you could try to wrest control of the natural world, delimit the arbitrary, somehow fix God and the angels so they were on your side. You could pray, or you could cast spells, and Keith Thomas shows how the two latter activities often ran into each other: just as, later, magic and science would elide, the activities of alchemists beginning in one and ending in the other. Before the Reformation our ancestors lived in the hope of miracles, and their faith—with its saints and shrines and relics and pilgrimages—encouraged them to do so. Central to the mass was the rite of transubstantiation, which changed bread and wine to Christ’s actual body and blood. As Thomas says, “the mere pronunciation of words in a ritual manner could effect a change in the character of material objects.”

So, though the Church repeatedly condemned superstition, it is not hard to see why magical thinking asserted its grip. There was often a gap between what the Church taught and what the popular mind made of the teaching. Our forefathers desired eternal life but they also, Keith Thomas shows, sought “supernatural remedies for daily problems.” Magic clung to religion, he tells us, as a “corpus of parasitic beliefs,” and there was a pronounced magical cast to many of the rituals of popular piety. Saints in heaven took an interest in affairs below, in the health of crops and animals. If they were not propitiated they might turn nasty, blight the crops, and spread disease. Pilgrimages and candles and offerings kept them sweet, and a sprinkling of holy water kept baser spirits away from cradle and marriage bed. The devil was shockingly proximate, not metaphorical but as real as your neighbor, as your spouse or child.

Keith Thomas does not induct us into this world through generalities, but by multiplying eloquent examples drawn from contemporary sources. We meet the master of Balliol who sold familiar spirits to gamblers and learn that in 1591 Christ’s blood was on sale at £20 a drop. We are introduced to witches and their victims, clergymen who double as conjurers, prophets and astrologers who get their predictions disastrously wrong. We meet the deeply confused Agnes Clerk, whose daughter was given a holly stick by fairies, and who took it to the priest to get it blessed, in the hope that she would be able to use it to find hidden treasure. We learn of the profits and perils of the traveling magician’s life: in 1676 Joseph Heynes left Ware with “five pounds…three maidenheads, and a broken shin.” We learn how the rituals of magic bridge the gap between the wish and the deed; how the thorn, the pin, or the bristle, applied to an image, injures the living flesh.

What happens when a village witch meets a skeptical judge? What gives way when credulous Catholicism meets the demystifying tendencies of radical Protestantism? For centuries, strategies for self-help run alongside the hopes reposed in magic, and rationality and superstition mingle, the same head often accommodating both. Evidence may be partial, contradictory, or baffling, but the author’s capacious technique scoops it all in. Keith Thomas has given us a book of questions, rather than answers. It is an incitement to further investigation rather than an attempt to categorize, define, or delimit the world we have lost.

Sir Keith Thomas was born in 1933 and has been shedding light on history, in a manner inimitable, since he began his career at Oxford in 1955. Religion and the Decline of Magic is one of the outstanding works of history of the last half-century, and will lead the reader to Man and the Natural World, published in 1983, as well as his 2009 work, The Ends of Life: Roads to Fulfilment in Early Modern England. How are such complex and wide-ranging works produced? In an insouciant, self-deprecating article in the London Review of Books Keith Thomas explained that historians like to keep their secrets to themselves:

Just as the conjurer’s magic disappears if the audience knows how the trick is done, so the credibility of scholars can be sharply diminished if readers learn everything about how exactly their books came to be written.

But he went on to unfold his thinking:

I am a lumper, not a splitter. I admire those who write tightly focused micro-studies of episodes or individuals, and am impressed by the kind of quantitative history, usually on demographic or economic topics, which aspires to the purity of physics or mathematics. But I am content to be numbered among the many historians whose books remain literary constructions, shaped by their author’s moral values and intellectual assumptions.2

The modern researcher has a database, a digital camera, and a laptop, and without moving from his desk he can comb the catalogs of the world’s great libraries. Formerly, scholarship was more exhausting. The raw materials of composition could fill a room, a house. Keith Thomas has performed his life’s work with scissors and ink, staples, index books, old envelopes, cardboard boxes, and a forest of slips of paper: “Some of them get loose and blow around the house, turning up months later under a carpet or a cushion.” He admits, “The sad truth is that much of what it has taken me a lifetime to build up by painful accumulation can now be achieved by a moderately diligent student in the course of a morning.”

No advance in technique, however, replaces genius. Filing and sorting is a creative activity when a lively mind is directing the operation. Thomas’s devoted and labor-intensive methods, allied to what must be an almost superhuman memory and power of organization, have allowed him to create a dense network of cross-referenced and linked information, in a way that would be beyond the “moderately diligent” or the narrowly schematic researcher. “When I read, I am looking out for material relating to several hundred different topics…. In G.M. Young’s famous words, my aim is to go on reading till I can hear the people talking.”

What is most wonderful about Keith Thomas’s book is that the reader can hear them too. There are many works of history that are revered, but few that are loved as Religion and the Decline of Magic is: for its generosity, for its humor, for the rewards on every page. It may be that in the light of later research, certain lines of argument in the book can be challenged or amplified. But its richness and freshness are undiminished, and as a source of insight it is unlikely to be superseded. It is a treasure house, stuffed from cellar to attic with the quotable and the remarkable: one of those books that seldom stays on the shelf for long, because it is always asking to be reread, always offering something fresh: a book always in transit, because its admirers are keen to press it on those who have yet to have the pleasure of discovering it. It is not just about magic, but also, in its mercurial agility, a magical work in itself. 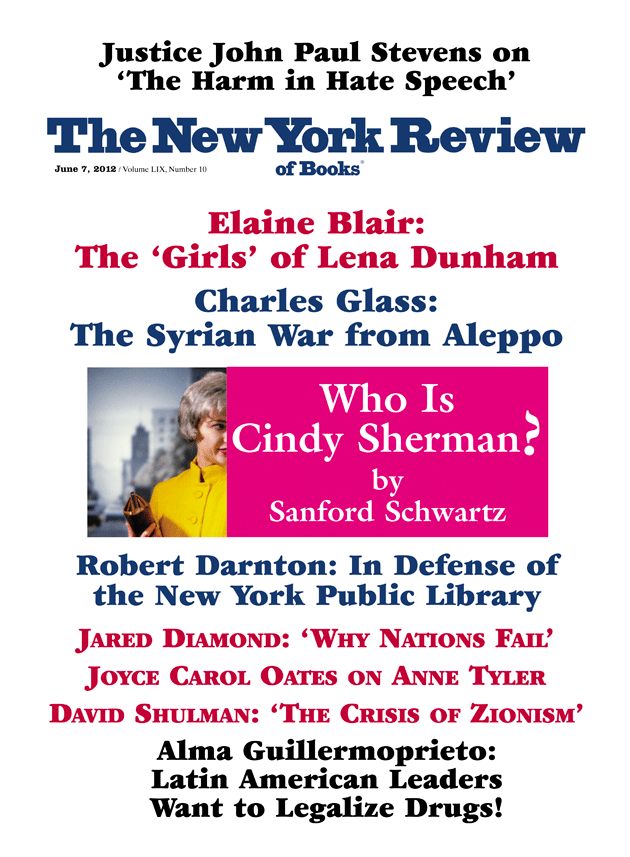 How to Play ‘Wolf Hall’

Naipaul’s Book of the World

How to Play ‘Wolf Hall’

Naipaul’s Book of the World

Catholics, Muslims, and the Mosque