It is always interesting and sometimes even important to have intimate knowledge of a composer’s life, but it is not essential in order to understand the composer’s works. In Beethoven’s case, one mustn’t forget that in 1802, the year he was contemplating suicide—as he wrote in an unsent letter to his brothers that came to be known as the “Heiligenstadt Testament”—he also composed the Second Symphony, one of his works that was most positive in spirit, thus showing us that it is of vital importance to separate his music from his personal biography and not to conflate the two.

Therefore, I will not aim here to provide an elaborate psychological study of the man Beethoven through an analysis of his works, or vice versa. In fact, although the focus of this essay will indeed be Beethoven’s music, it must be understood that one cannot explain the nature or the message of music through words. Music means different things to different people and sometimes even different things to the same person at different moments of his life. It might be poetic, philosophical, sensual, or mathematical, but in any case it must, in my view, have something to do with the soul of the human being. Hence it is metaphysical; but the means of expression is purely and exclusively physical: sound. I believe it is precisely this permanent coexistence of metaphysical message through physical means that is the strength of music. It is also the reason why when we try to describe music with words, all we can do is articulate our reactions to it, and not grasp music itself.

Beethoven’s importance in music has been principally defined by the revolutionary nature of his compositions. He freed music from hitherto prevailing conventions of harmony and structure. Sometimes I feel in his late works a will to break all signs of continuity. The music is abrupt and seemingly disconnected, as in the last piano sonata (op. 111). In musical expression, he did not feel restrained by the weight of convention. By all accounts he was a freethinking person, and a courageous one, and I find courage an essential quality for the understanding, let alone the performance, of his works.

This courageous attitude in fact becomes a requirement for the performers of Beethoven’s music. His compositions demand the performer to show courage, for example in the use of dynamics. Beethoven’s habit of increasing the volume with an intense crescendo and then abruptly following it with a sudden soft passage (a “subito piano”) was only rarely used by composers before him. In other words, Beethoven asks the performer to show courage, not to be afraid of going to the edge of the precipice, and he thus forces the performer to find the “line of most resistance,” a phrase coined by the great pianist Artur Schnabel.

Beethoven was a deeply political man in the broadest sense of the word. He was not interested in daily politics, but concerned with questions of moral behavior and the larger questions of right and wrong affecting the entire society. Especially significant was his view of freedom, which, for him, was associated with the rights and responsibilities of the individual: he advocated freedom of thought and of personal expression.

Beethoven would have had no sympathy with the now widely held view of freedom as essentially economic, necessary for the workings of the market economy. A relatively recent example of the economic definition of freedom can be found in “The National Security Strategy of the United States of America,” a document issued by President George W. Bush on September 17, 2002, defining America’s relation to the rest of the world. It states that the aim of the United States, as the most powerful nation on earth, is to

Beethoven’s music is too often seen as exclusively dramatic, expressive of titanic struggle. In this respect, the “Eroica” and the Fifth symphonies represent only one side of his work; one must also appreciate, for example, his “Pastoral” Symphony. His music is both introverted and extroverted and it again and again juxtaposes these qualities. The one human trait that is not present in his music is superficiality. Nor can it be characterized as shy or cute. On the contrary, even when it is intimate, as in the Fourth Piano Concerto and the “Pastoral” Symphony, it has an element of grandeur. And when it is grand, it also remains intensely personal, the obvious example being the Ninth Symphony.

Beethoven, in my view, was able to achieve a perfect balance in his music between vertical pressure—pressure from the composer’s mastery of musical form—and horizontal flow: he always combines vertical factors such as harmony, pitch, accents, or tempo, all of which relate to a sense of rigor, with a great sense of freedom and fluidity. This question of extremes and of balance, I believe, must have been a conscious preoccupation for him. You find an expression of it in Fidelio, for example: the composition contains a constant movement between polar opposites—from light to darkness, the negative to the positive, between events that occur above, on the surface, and those that take place underground. Just as he was unable to write anything superficial, or simply pretty, he was equally unable or unwilling to write anything portraying what was fundamentally and exclusively evil. Even a character such as Pizarro, the governor of the prison in Fidelio, can be understood as a personification of corruption and oppression, but not of evil.

Beethoven’s music tends to move from chaos to order (as with the introduction to the Fourth Symphony) as if order were an imperative of human existence. For him, order does not result from forgetting or ignoring the disorders that plague our existence; order is a necessary development, an improvement that may lead to the Greek ideal of catharsis. It is not by chance that the Funeral March is not the last movement of the Eroica Symphony, but the second, so that suffering does not have the last word. One could paraphrase much of the work of Beethoven by saying that suffering is inevitable, but the courage to fight it renders life worth living. 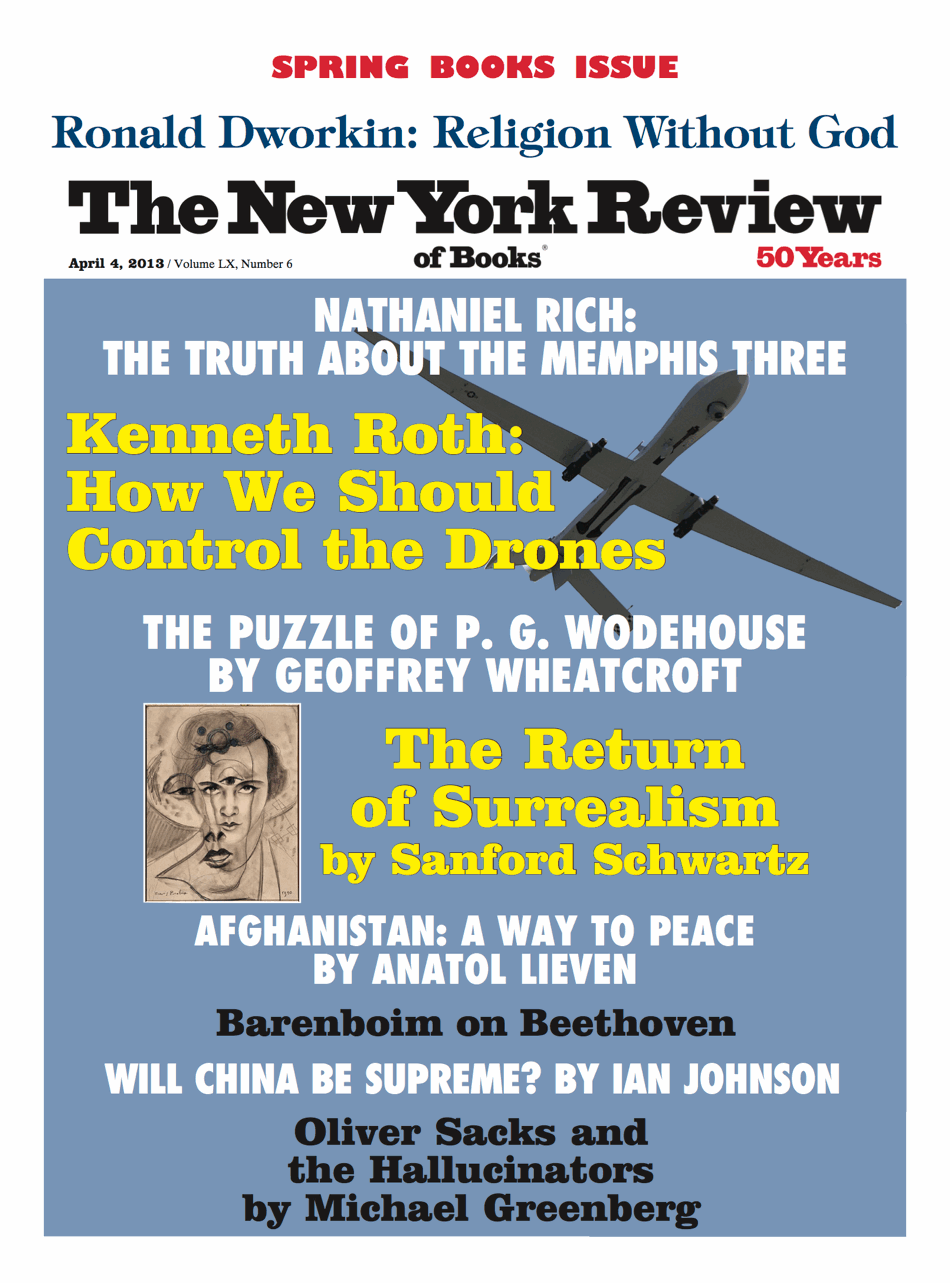 Afghanistan: The Way to Peace

Wagner and the Jews

‘Please Listen, Before It Is Too Late’

Wagner and the Jews

‘Please Listen, Before It Is Too Late’

Afghanistan: The Way to Peace