The Hideous Unknown of H.P. Lovecraft from the December 18, 2014 issue

I was taken aback at the vehemence of Charles Baxter’s screed on the American supernaturalist H.P. Lovecraft [“The Hideous Unknown of H.P. Lovecraft,” NYR, December 18, 2014], nominally a review of Leslie S. Klinger’s The New Annotated H.P. Lovecraft. It seems as if Baxter has some kind of personal animus against Lovecraft.

I do not have the space to correct Baxter’s numerous errors, distortions, and misconceptions about Lovecraft’s life. He notes that Lovecraft was a “stranger to joy” and that he had “the timid shut-in’s phobia of difference, variety, and diversity.” In fact, Lovecraft found a great many things to enjoy in life (aesthetic expression, astronomy, chemistry, anthropology, travel, cats, colonial architecture); his wide correspondence—four million words of which survive—put him in touch with an extraordinarily diverse band of friends and colleagues, ranging from the rugged frontiersman Robert E. Howard (creator of Conan the Barbarian) to the highbrow poet Hart Crane; and his travels during the last decade of his life took him far from his native Providence, Rhode Island—to such places as Quebec, Richmond, Charleston, Key West, New Orleans, and Natchez. A remarkably active “shut-in”!

Baxter thinks Lovecraft’s literary skills were “minimal,” but this is now a minority view among critics and scholars. Certainly, the Library of America did not think so when it issued a volume of Lovecraft’s Tales in 2005—a volume that sold 25,000 copies in three months. Baxter has a low opinion of Lovecraft’s prose style, but any number of critics have thought otherwise. Steven J. Mariconda has written:

The bulk of his stories are atmospherically effective.… He wrote as he did for carefully considered reasons, leveraging a naturally erudite style into an effective instrument to create weird atmosphere.

Joyce Carol Oates, in her introduction to Tales of H.P. Lovecraft (1997)—originally published as a review of my H.P. Lovecraft: A Life in these pages (October 31, 1996)—has written:

There is a melancholy, operatic grandeur in Lovecraft’s most passionate work…; a curious elegiac poetry of unspeakable loss, of adolescent despair, and an existential loneliness so pervasive that it lingers in the reader’s memory, like a dream, long after the rudiments of Lovecraftian plot have faded.

Lovecraft is now a world-renowned figure, and Baxter’s superficial and error-riddled article will have little influence on his ascending celebrity.

Charles Baxter’s review of The New Annotated H.P. Lovecraft is welcome as the first piece I’ve ever seen in any review that explicitly links Lovecraft’s pathological anti-Semitism to the horrors that he evoked in his fiction. That makes it strange, though, that he should refer to S.T. Joshi, the author of the most recent and best-known biography of Lovecraft, as “indefatigable”—Joshi must have been suffering from one of his rare moments of fatigue when it came to linking his subject’s attitude toward Jews and other sorts of non-Nordic immigrants to New York’s Lower East Side to the emotional source of Cthulhu and his like, because he writes not one word about the topic in his otherwise painfully detailed biography. His failure even to mention the topic is the more remarkable in that an earlier Lovecraft biography, by L. Sprague de Camp, devoted many pages to the subject, and printed substantial excerpts from some of Lovecraft’s letters that could have come from Marx or Hitler. Joshi knows the Sprague de Camp book; he has freely expressed his contempt for it.

One would think, reading S.T. Joshi’s response to my book review, that I had attacked the object of a cult. His lengthy letter never acknowledges that my review of Lovecraft’s stories was divided into two parts: the first containing my misgivings about the fiction, the second containing guarded praise. I am not surprised that Joshi, who has spent much of his life studying Lovecraft, was affronted by my review, but he doesn’t seem to understand the distinction between matters of fact and matters of judgment. Readers can judge for themselves whether Lovecraft’s prose contains infelicities of style, along with misogyny and racism.

Joshi’s argument against the stories’ misogyny is of the some-of-his-best-friends-were-women variety, a confusion of the work and the life. As for Lovecraft’s racism, Joshi’s defense of Lovecraft’s views in his letter is astonishing in this day and age; he quotes, with apparent approval, Lovecraft’s suggestion of apartheid as a benevolent remedy. Joshi seems unable to grasp my argument that the racism is at the core of the stories’ horror of aliens. I never denied that the stories have a disturbing power. What readers should certainly note, however, is that Joshi is territorial: while I grant him his right to his opinions, he does not grant me a right to mine. 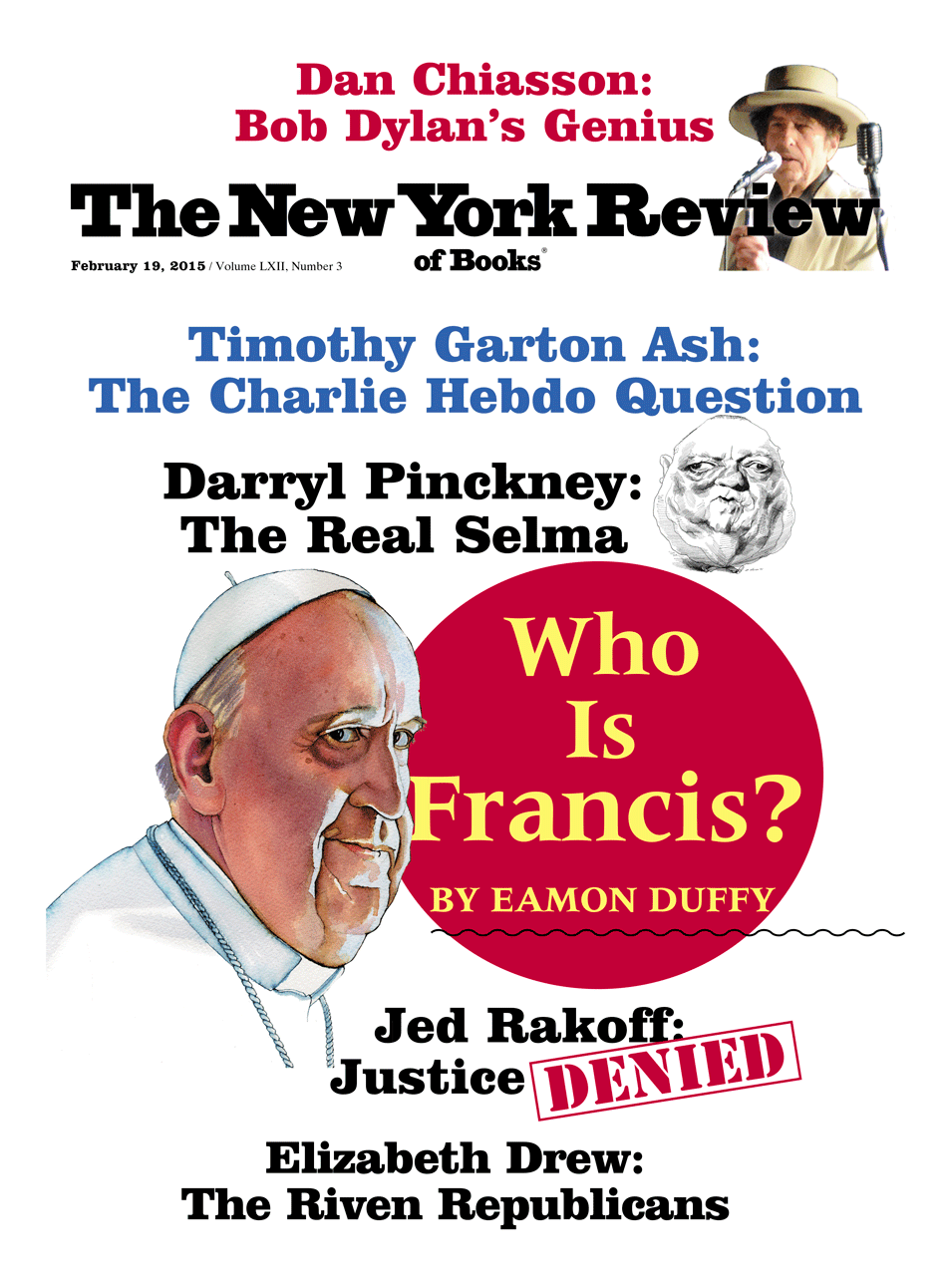 Who Is the Pope?

Who Is the Pope?

The Hideous Unknown of H.P. Lovecraft

The King of Weird