I read Arlie Russell Hochschild’s “Male Trouble” [NYR, October 11] on the plane, flanked by men in their thirties and forties watching Spider-Man and similar action fare. Hochschild’s article recognizes but does not ultimately come to grips with the impact of losing the physical connection to work found, as she describes, in coal mines, assembly lines, oil rigs, and steel mills. Instead she seems to assume that struggling men can be rescued with conventional social welfare programs like unnamed “support for troubled families, school outreach programs, drug recovery centers, reduced incarceration, help with higher education costs.” But surely none of these gets at the “root” alienation and lack of viable livelihood that necessitates these responses in the first place. Nor does retraining for androgynous jobs, like coding, that men supposedly “badly want” (how does she know?). Trump’s promised restoration of jobs in coal, steel, and manufacturing, as illusory as it will prove to be in the face of continued automation, at least speaks to the core problem. Democrats, once the party of the archetypical burly workingman, are strangely silent and largely ignorant of the loss of their historic base. So long as this remains the case, and so long as the Democrats fail to devise plans for place-focused jobs and economic development that can restore stability to communities devastated by decades of deindustrialization, and the men and families living within them, the Democrats are likely to face a continued gender gap of their own.

What were my fellow passengers doing? Attempting through entertainment to in some way inhabit a cultural-gender space that once rested atop a lost world of physical work? Watching these disenfranchised boy-men, you would not know we are in the midst of a democratic crisis. On the other hand, their somnolent not-noticing and seeming disengagement is perhaps the very embodiment of the democratic crisis, simultaneously oblivious to and exemplifying it.

Mr. Ratzkin illuminates something deep but also ignores something big. He’s surely right that many men yearn to hold he-man jobs and play he-man sports, as well as enjoy he-man fantasy action heroes—perhaps because they work at what he calls “androgynous” jobs both at the office (coding, for example) and—I might add—at home, as sharers of the second shift (childcare and housework) with their working wives. He rightly suggests that many men feel a strong nostalgia for an imagined earlier time in which male strength, daring, and aggression defined a man.

But do men miss he-man jobs? In interviews I’m doing in Appalachia, I’m hearing of men—often the fathers or uncles of those I’m talking to—say they miss the high wages and camaraderie of coal mining. But they don’t miss the back-bending, dirty, and often dangerous work, the black lung or disabling accidents. Similarly, male factory workers may miss the wages but not the autonomy-inhibiting and monotonous nature of assembly-line work.

Ratzkin sees little appeal in retraining for jobs like coding, and questions my assertion that men want to learn to code and to get an IT job. (On that please read my New York Times piece, “The Coders of Kentucky,” September 21, 2018.) In eastern Kentucky’s low-wage economy, far more men want such training than can get it, and the men I talked to told me they were proud to at last “provide for my family”—i.e., fulfill a classically male role.

He also dismisses school outreach programs, drug recovery centers, and reduced incarceration as useless in addressing a man’s “root” alienation. Here he is missing something big. Such programs address poverty, homelessness, and joblessness—problems that by their titles sound gender-neutral. But what robs a man of his manhood more than enforced dependency and confinement in a ten-by-twelve-foot jail cell? What robs an ill-educated man of his manhood more than chronic unemployment? How manly is it to lie in the street comatose on drugs?

So let the male passenger in the next seat over work hard at coding the next cell phone app, and then on his trip home, watch Superman leap from the tallest tower. If the Democrats offer effective programs that help him get that job, they’ll increase their chances of getting his vote. The most determined creator of both manly and “androgynous” jobs, Franklin D. Roosevelt, was more heavily supported by men than women. 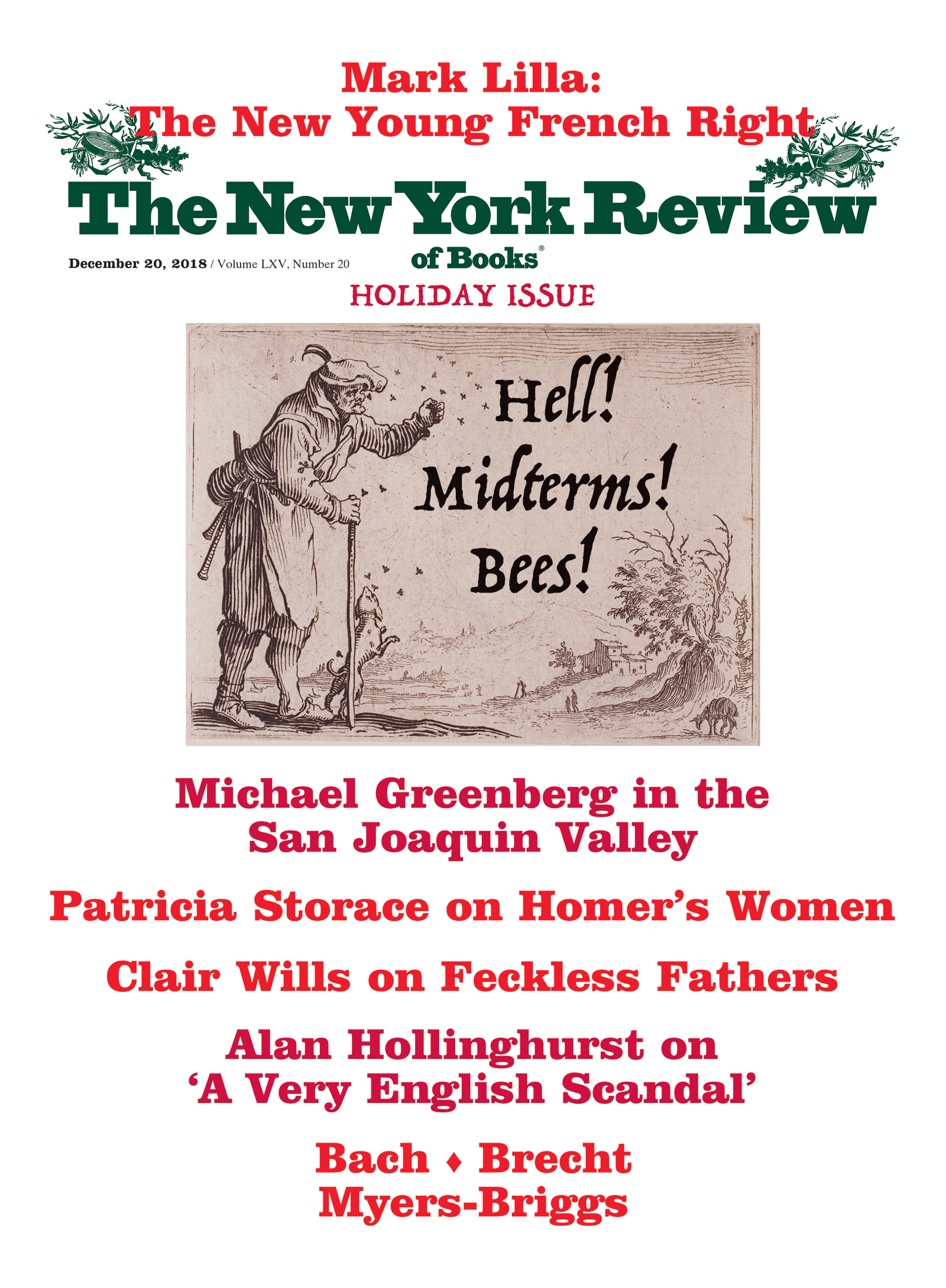 In the Valley of Fear

In the Valley of Fear

Who Was Steve Jobs?

A bully, a dissembler, a cheapskate, a deadbeat dad, a manipulator

Germany: The Mixture as Before

Over the High-Tech Rainbow

The Battle for the Suburbs

The Elections: How Bad for Democrats?