This article is part of the Review’s series on the 2020 US elections.

In the run-up to this election and from this side of the pond, the “special relationship” between the US and the UK has never looked so threatening and bizarre, at least not since the love-in between Reagan and Thatcher. First the fact that we are faced with the dire prospect of having to go on watching the mutual fascination of two narcissistic male egos in power, with their shared commitment to bending the law, national and international, to their own purposes: Trump’s acceptance of the Republican Party nomination on the White House lawn, his refusal to state that he will abide by the result if he loses, systematic voter suppression, one fifth of the federal appeals court bench now having been appointed by Trump; Johnson proroguing Parliament to force through his Brexit deal in 2019, a move ruled illegal by the UK Supreme Court, and the recently announced Brexit “Internal Market Bill,” which, in addition to placing at risk the Good Friday accord in Northern Ireland, sabotages his own Brexit withdrawal agreement with the EU of last January and therefore breaks international law (Jonathan Jones, the UK’s chief legal civil servant, resigned in protest, and several ministers are also threatening to do so).

In both their cases, it feels as if the ability to flout the law, while claiming to defend or in Trump’s case personify it—“law and order” being the mantra of his campaign—is the sole true measure of prowess. In both cases, the sexual storm that always threatens our “civilized” social arrangements lurks barely concealed behind their postures, paraded and denied more or less in the same breath. By his own admission, Trump is a sexual predator. True to form, he could only announce that his nominee for the Supreme Court after the death of Ruth Bader Ginsburg would be a woman by making the shape of a woman’s body with his hands—no woman can pass without first entering his own anatomical space. Johnson most famously is unable or unwilling to say how many children he has fathered, as if he were a naughty boy all the more lovable for his “peccadilloes.” Doing whatever they want plus complete denial of responsibility for their sexual acts seems to be the shared subtext, the subliminal message, of masculinity for both of them.

We are witnessing a new sexualization of politics, something quite other from “repressive desublimation,” the term made famous by Herbert Marcuse in the 1960s to describe the way an advanced industrial culture uses a mix of technology and partially satiated consumer desires to neutralize any potential working-class revolt. We might call it promiscuity in its psychotic mode. Brazenly, it displays itself without apology to a world excited and repelled in equal measure by unconscious forces—lust, greed, hatred, and rage—that no one readily admits to and that are being harnessed on behalf of everyone.

No point, therefore, asking how bad it can get, how far they are willing to go, or how on earth they can get away with it all. Going too far is the point. The transgression is the draw and the appeal—transgression always carries a sexual tremor even when it is not manifestly about sex. And nowhere more so than in the shape of the supreme moralism, the violence-provoking, racialized commitment to “law and order” that is Trump’s calling card in this election, a moralism that is the very foundation of his evangelical base (no surprise, then, over this past year to watch Jerry Falwell Jr.’s spectacular sexual fall from grace). It is a truism of psychoanalysis that the law always nurtures the possibility, indeed the likelihood, of its own demise, because the super-ego, the agent of the law inside the head, is too tyrannical to be obeyed with any consistency.

If Trump wins, if Johnson hangs on in defiance of those who are predicting that he will be out of his job within months, the long-term consequences of this sinister allegiance between the two men will be dire, first in the symbolic permission it will have granted to the worst of masculinity without restraint, and then more practically in the promised trade deal, vaunted by Johnson, that will bring chlorinated chickens from the US to UK tables after they have been cleansed of the sewage on which they nest; in the likely sell-off of the UK’s National Health Service, which, in the teeth of reckless government incompetence, has been the only savior during Covid-19; not to speak of the vicious anti-migrant policies in both countries, and, more generally, the exacerbation of inequality, the accelerating climate catastrophe, and the continuous police harassing and killing of black citizens on the streets. All the detritus of racial capitalism, trailing without inhibition its paltry, intimidating boast while the world burns. Faced with this, the only thing to do is to carry on campaigning and struggling for something better, while keeping in our sights the ugly forms of pleasure and enticement that are helping to make the most dreaded outcome still seem possible. 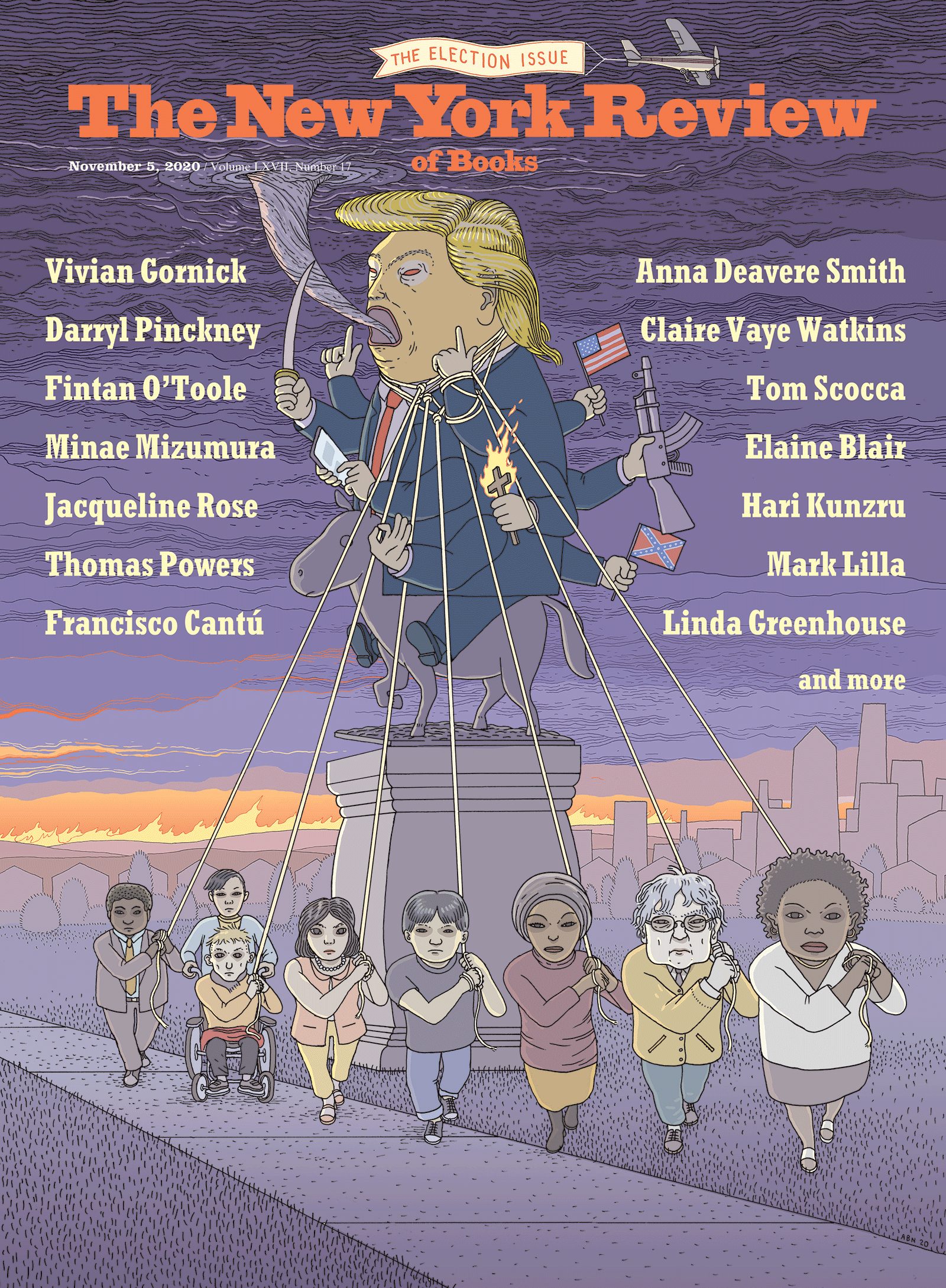 Song of My Self-Care

Song of My Self-Care

Jacqueline Rose is Codirector of the Birkbeck ­Institute for the Humanities in London. Her new book, On Violence and On Violence Against Women, will be published next spring. (November 2020)