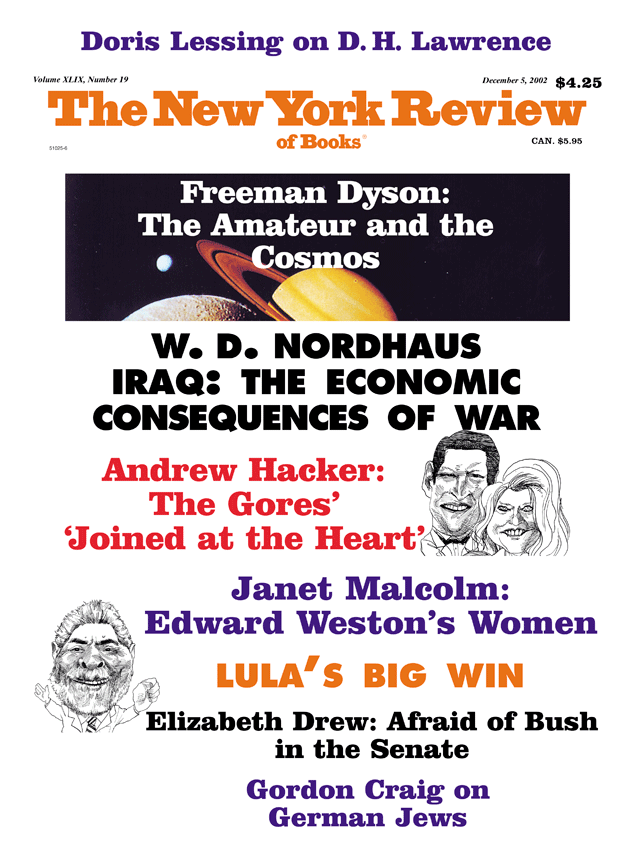 In Praise of Amateurs

Seeing in the Dark: How Backyard Stargazers Are Probing Deep Space and Guarding Earth from Interplanetary Peril

Iraq: The Economic Consequences of War

Through Another Lens: My Years with Edward Weston

by Charis Wilson and Wendy Madar

Joined at the Heart: The Transformation of the American Family

by Al and Tipper Gore

Nature & the Art of Running

Why We Run: A Natural History

by Luke Syson and Dora Thornton

The Courage to Be Catholic: Crisis, Reform, and the Future of the Church

by Milan Kundera, translated from the French by Linda Asher

The tremors struck Houston on a fine spring morning in 1964, when Ken Kesey called and said they were on a bus and were coming to see me.
Geoffrey O’Brien

Portrait of the Artist

On Her Own Ground: The Life and Times of Madam C.J. Walker

The Star of Redemption

by Franz Rosenzweig, translated from the German by William W. Hallo

by Franz Rosenzweig, translated from the German and edited by Paul W. Franks and Michael L. Morgan

edited and translated from the German by Barbara E. Galli, with a foreword by Leora Batnitzky

God, Man, and the World: Lectures and Essays

by Franz Rosenzweig, edited and translated from the German by Barbara E. Galli, with a foreword by Michael Oppenheim

edited and translated from the German by Alan Udoff and Barbara E. Galli

Rosenzweig and Heidegger: Between Judaism and German Philosophy

Understanding the Sick and the Healthy: A View of World, Man, and God

Idolatry and Representation: The Philosophy of Franz Rosenzweig Reconsidered

On the Psychotheology of Everyday Life: Reflections on Freud and Rosenzweig

Franz Rosenzweig: His Life and Thought

by Nahum N. Glatzer, with a foreword by Paul-Mendes Flohr

War Games in the Senate

On the West Bank

What Did the Decameron Do?