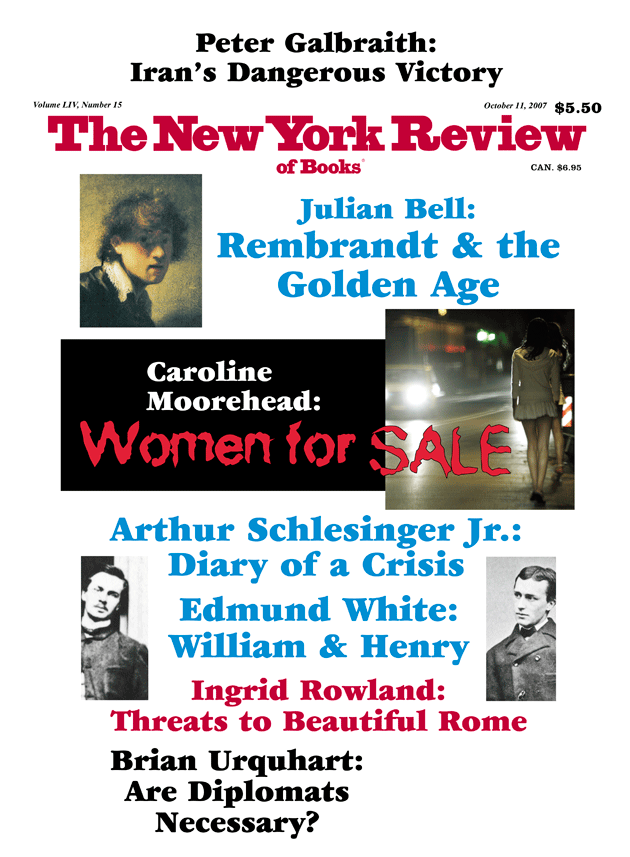 Treacherous Alliance: The Secret Dealings of Israel, Iran, and the United States

The Fight for Slavery in California

The California Gold Rush and the Coming of the Civil War

Women and Children for Sale

"Human Trafficking: Submission to the Joint Committee on Human Rights"

a report by Amnesty International UK

a report by Barbara Limanowska

"Used, Abused, Arrested and Deported: Extending Immigration Benefits to Protect the Victims of Trafficking and to Secure the Prosecution of Traffickers"

The Politics of Prostitution: Women's Movements, Democratic States and the Globalisation of Sex Commerce

Journeys of Jeopardy: A Review of Research on Trafficking in Women and Children in Europe

The Golden Age at Its Best

Dutch Portraits: The Age of Rembrandt and Frans Hals

Catalog of the exhibition by Rudi Ekkart and Quentin Buvelot

Rembrandt's Nose: Of Flesh and Spirit in the Master's Portraits

In the Terror House of Mirrors

From the Homicidal to the Ecstatic

They’d Much Rather Be Rich

The Challenge of Affluence: Self-Control and Well-Being in the United States and Britain Since 1950

Century of Difference: How America Changed in the Last One Hundred Years

In Pursuit of Knowledge: Scholars, Status, and Academic Culture

Rome: The Marvels and the Menace

Rome from the Ground Up

The Seven Hills of Rome: A Geological Tour of the Eternal City

The Secrets of Rome: Love and Death in the Eternal City

by Corrado Augias, translated from the Italian by A. Lawrence Jenkens

by Keith Hopkins and Mary Beard

Can Anyone Stop It?

Cool It: The Skeptical Environmentalist's Guide to Global Warming

Break Through: From the Death of Environmentalism to the Politics of Possibility

by Ted Nordhaus and Michael Shellenberger

What We Know About Climate Change

Climate Change: What It Means for Us, Our Children, and Our Grandchildren

by Andrzej Stasiuk,translated from the Polish by Bill Johnston

edited by Pierre A. Walker and Greg W. Zacharias, with an introduction by Alfred Habegger

William James: In the Maelstrom of American Modernism

translated from the French by Mina Curtiss, with an introduction by Adam Gopnik

by Theodora Bosanquet, edited and with notes by Lyall H. Powers

‘How to Read Elfriede Jelinek’: An Exchange

A Schism among Bison Farmers

‘Illusions’ of the Founders