Post-Conservative America from the May 13, 1982 issue

Kevin Phillips’ excellent article, “Post-Conservative America,” contains a factual error which should be noted, namely that the Socialist vote for presidential candidates reached its peak in rural Oklahoma counties just prior to World War II. By the late thirties, the Socialist vote in Oklahoma had diminished significantly because of FDR and the New Deal. I believe voting records for that era will indicate that the Socialist vote was at its peak in rural Oklahoma counties just prior to and immediately after World War I. During that time the Socialists were able to elect state legislators as well as control many county offices. The Green Corn Rebellion against American involvement in World War I drew its strength from the rural Western counties which were Socialist and pacifist.

Mr. Majors of the Libertarians is quite correct in saying that the best 1980 Libertarian votes came in Alaska and Montana and not in high-tech areas. But my reference to the splinter party vote was to the combined John Anderson-Libertarian-Citizens-Party vote, and that three-way vote—led by Anderson’s—tended to have a very substantial collective correlation with high-tech and campus voting. As for Mr. Whitaker’s observation on the potential perverse benefits of banning books to increase the present teenage generation’s interest in them, he may have a point. And as for Mr. Brandenburg’s notation that the Socialist vote in Oklahoma came before World War One, not World War Two, he is quite correct—and that is what I had thought the article said. Alas, the reference in the text of my Post-Conservative America to “World War I” somehow became a typo, “World War II,” in the manuscript of the adaptation for The New York Review. 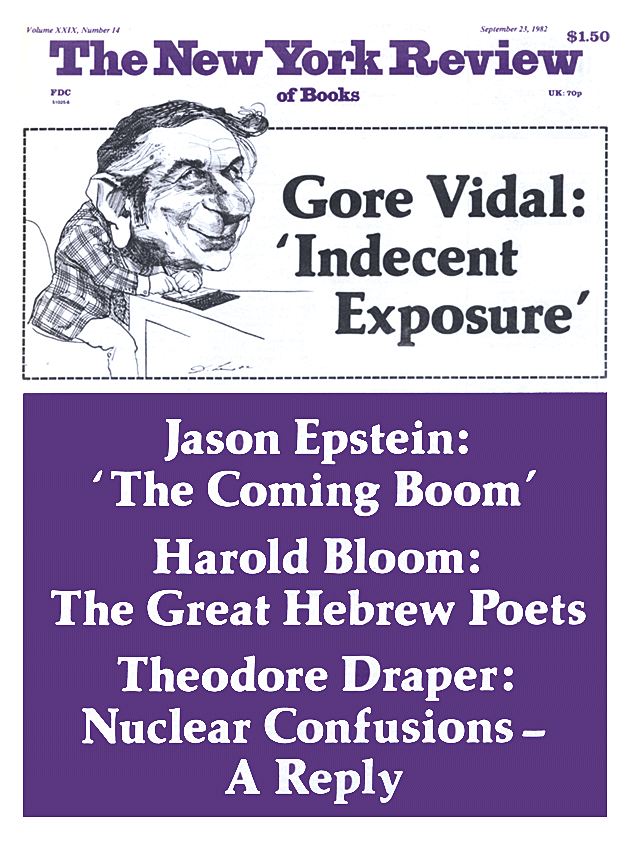 Imperialism and World War I: An Exchange

‘Now They Tell Us’: An Exchange