Where would love be without the love letter? The messenger, the vessel of love, it is also, in Cathleen Schine’s charming fourth novel, its conjurer. It works its magic upon Helen MacFarquhar, a divorced mother of one in her early forties, who runs a bookstore in a well-heeled seaside town in Connecticut called Pequot. Bathed in history, Pequot is a place of quaint shops and sprawling old houses, in which Helen’s pink-fronted bookstore strikes the perfect note of cultivation and slight nonconformity. Perfect notes are Helen’s forte: her life is thoroughly ordered and agreeable, not by chance but by the force of will: “Those things Helen could control…she did control. What she could not control, she regarded as insubstantial or as inevitable. Most of her feelings she deemed insubstantial and she sent them packing with barely a nod of recognition.”

One morning, however, an anonymous love letter appears mysteriously in Helen’s mail, and proves more difficult to dismiss than her feelings. Addressed to “Goat,” signed by “Ram,” it arrives with no indication of its provenance: Helen does not know who has written it, or whether it has reached her by design or accident. The letter itself provides no clues. Helen marvels that the passion it expresses could be anyone’s: “I know I’m in love when I see you, I know when I long to see you…. I’m on fire. Is that too banal for you? It’s not, you know. You’ll see. It’s what happens. It’s what matters. I’m on fire…. You are all wrong for me, I know it, but I no longer care for my thoughts unless they’re thoughts of you.”

The sentiments the letter conveys may be generic, but such is their power that Helen is prompted to consider everyone around her as their possible author, from her friend George, a happily married psychiatrist, to her sensible colleague Lucy, to a summer employee, the son of friends of Helen’s, a twenty-year-old college student named Johnny Howell. None is a remotely plausible candidate, but no matter: put in mind of love, Helen finds herself drawn to, and, eventually, embroiled in an affair with, Johnny, enamored even of the pimples on his all-but-adolescent brow. Johnny, too, stumbles upon the letter, and the effect upon the pair together is like that of the draught that intoxicates Tristan and Isolde, or even, in its absurdity, like the spell that brings together Titania and Bottom. It is a union, in fact, almost as inappropriate as its passion is unreasonable and doomed. And in being all these things, it contravenes every rule by which Helen has chosen to live.

In another sense, however, the affair suits her, precisely because of its unsuitability. Helen’s sense of the world is almost purely literary, her sense of herself is as a fictional heroine, and she is charmed not just by Johnny but by the literary reverberations of their affair, which elicits in her references to Rilke, Keats, Elizabeth Bishop, Violet Trefusis, and Vita Sackville-West. Helen’s art, indeed, like that of the love letter, is seduction, and she lures her customers to the pleasures of literature: “She knew her customers and stocked what they liked. She knew her customers and stocked what she liked and taught them to like it, too. When she read Wilkie Collins’s The Woman in White for the first time, she sold twenty copies of the book the following week. She flirted with the town, and she seduced it.”

While the love letter has often been used as a device in fiction, its effect is generally to grant one person control over another. In “The Purloined Letter,” for example, Poe is concerned purely with the power of the letter’s existence. Stolen from its rightful recipient for the purposes of political blackmail, the letter is a cipher: neither the reader, nor any of the story’s characters, ever reads it. Helen’s love letter is different: it has no known origin or destination, and, unread, would remain irrelevant. Its triumph is that it forces Helen and Johnny to surrender to its substance. Aware that the letter is part of somebody else’s love story which has fallen fortuitously into their lives, they nonetheless consider it theirs, a précis of their illicit feelings (“You are all wrong for me, I know it, but I no longer care for my thoughts unless they’re thoughts of you”).

In this sense, Schine’s novel is a confection built around the magical capacity of language to capture or create a moment. The letter kindles, and rekindles, emotion each time it is reread. While it serves as the lovers’ catalyst, the drift of summer gives their affair its shape: Johnny’s parents are away in Texas and Emily, Helen’s daughter, is off at camp, leaving the pair unusually free. From a chance encounter at the beach, their romance progresses under the unsuspecting noses of their colleagues: at a Fourth of July picnic, after hours at the bookstore, and in each of their empty houses. When their families return (Helen’s mother and grandmother turn up for good measure), their arrangements become more elaborate, and more perilous. The greater the obstacles, the more satisfying the pursuit.

Schine lightly touches on the affair’s sweetness and absurdities. Her recreation of Johnny’s adolescent fervor is particularly fine, from his bewildered infatuation (“She’s too old for me…. Do her breasts sag? Why don’t I mind? Why do I want to know so much?”) to his shame after they first make love: “He looked at her, then ducked his head in a misery of confusion, with no idea what to say or do…. No words burst from his heart, or even from his head. He looked at the floor, waiting. How could he know what to do now? They had barely spoken. She left while he was asleep. Why? Was she angry? Disappointed? …He looked up at her in a sudden burst of longing. But Helen was checking in a new shipment, and she had turned her back.”

There is much comedy in this closely observed dissection of love’s embarrassments, but especially in Johnny’s fluctuation between insecurity, passion, and cocky confidence there is something more: not simply a comic construction dependent upon coincidence, contrivance, and excess, the novel becomes a romance that happens to be funny. This said, the narrative’s ultimate impulse is toward farce. The town’s mysterious librarian, Miss Skattergoods, whose very name is the stuff of Restoration comedy, has the book’s last, and loudest, laugh. Not only is it revealed that she is Helen’s mother’s lover—an affair more scandalous to Helen than her own—but that she is herself the author of the love letter. The novel’s most fully comic figure has been, all along, the inspirer of love. More disconcertingly still, the letter is not even a declaration of Miss Skattergood’s own passion: it is merely a passage from her latest mystery novel, soon to go on sale in Helen’s bookstore.

As light, and as risky, as a soufflé, The Love Letter indulges an enchanting fantasy, while invoking the powerful interplay of language and love. Literature, Schine suggests, can make booksellers glamorous, can ignite passion in the most unlikely of settings, and can even allow doomed love to live on. Auden famously lamented that “poetry makes nothing happen,” but perhaps, Schine proposes, he was wrong. 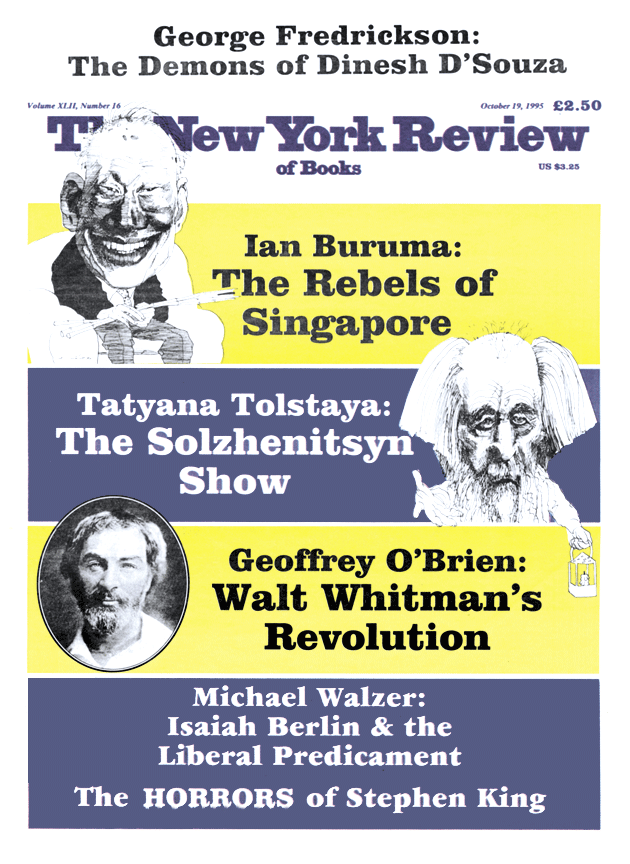 Claire Messud’s latest book is Kant’s Little Prussian Head and Other Reasons Why I Write: An Autobiography in Essays. (January 2021)