Willibald Sauerländer’s fine essay on the strange sculptural heads created by Franz Xaver Messerschmidt in the 1770s [“It’s All in the Head,” NYR, October 28] merits a small expansion of context. In the academic exercise known as the Têtes d’expression, the master would set a theme at the outset of a day’s work, such as a “head of fear,” and would return later for a critique of the results. Charles Le Brun’s series of expressive facial masks, named for various emotions, drawings created for his lecture of 1668 and later engraved, would long provide the basis for these tests of a student’s skill. See his Méthode pour apprendre à dessiner les passions proposée dans une conférence sur l’expression général et particulière (Amsterdam and Paris, 1698). Perhaps a lack of awareness of the Le Brun engravings led the Viennese artistic and social circles to see Messerschmidt’s expressive heads as lunatic rather than virtuosic. (Early Baroque precedents for capturing the facial signs of a psychological state abound, such as Caravaggio’s Boy Bitten by a Lizard, or Rembrandt’s series of tiny prints of his own mirror-grimaces, of the late 1620s.)

The Messerschmidt heads, in their strange detachment from an emotional reality, however, are very close to mere learned demonstrations of the forms of the facial musculature in action. The heads proffer a kind of boastful and marvelously sustained series of anatomy lessons. Yet their analytical realism is also marked with an artful stylization, an elegant if unreal linear pattern, prized for its own sake. “Their…expressions…are inscribed…with remarkably abstract lines,” as Sauerländer puts it. These anatomical heads echo Houdon’s very recent, flayed human figure, of 1766, L’Écorché, and reflect that taste. They also recall Leonardo’s well-known drawings of the faces of two screaming soldiers, made as preparation for his Battle of Anghiari fresco. The two soldiers provide richly expressive instances of facial anatomy serving emotion, and well represent what Leonardo termed “the outward sign of the condition of the soul.” Whether the soul makes its appearance in Messerschmidt’s sixty-odd Kopfstücke—with their studied anatomies and their cursive arabesques so proudly on display—perhaps best remains an open question.

Glenn Benge’s “expansion” of my review of the Messerschmidt exhibition in the Neue Galerie is thoughtful but may lead to confusion. Le Brun’s famous Méthode pour apprendre à dessiner les passions was a textbook with normative rules for representing the passions in painting. Needless to say, such learned Viennese art historians as Ernst Kris and Ernst Gombrich were well aware of Le Brun’s manual. After all, Jennifer Montagu’s important dissertation on Le Brun’s textbook was inspired and supervised by Gombrich.

It is even probable that Messerschmidt knew Le Brun’s Méthode; yet his Kopfstücke are not normative examples for representing the passions but emotional explosions in a private environment. In Vienna around 1930 the temptation to make a psychoanalytical explanation of these obsessive explosions must have been irresistible, but the unsolvable problem of Messerschmidt’s “ego” is, even in 2010, still with us. 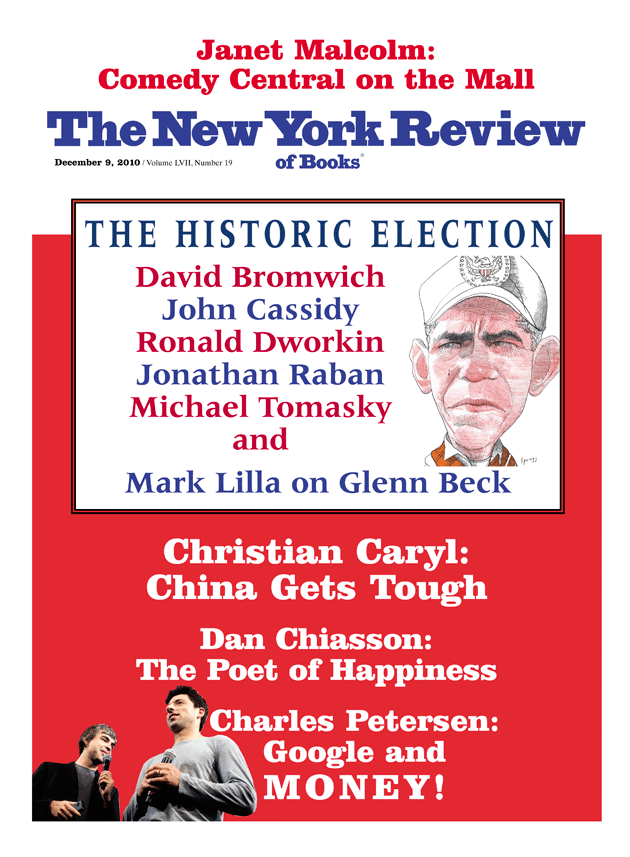 Willibald Sauerländer, translated from the German by David Dollenmayer

It’s All in the Head

With Paper Hats Still on Our Heads