Soul Pleasure from the November 6, 2014 issue

As Michael Chabon’s essay about the Brown Sugar Kitchen [“Soul Pleasure,” NYR, November 6, 2014] makes plain, Oakland is a very special place. I would like to remind Mr. Chabon that one of the things Oaklanders really care about is their own particular neighborhood (like many cities, Oakland’s geography is subdivided by neighborhoods that each bear their own special characteristics). The joke about Oakland’s laurels was a good one, but come on, Mr. Chabon: everybody knows that the Laurel is MacArthur Boulevard between 35th and High Street. And there’s a lot happening there, too. 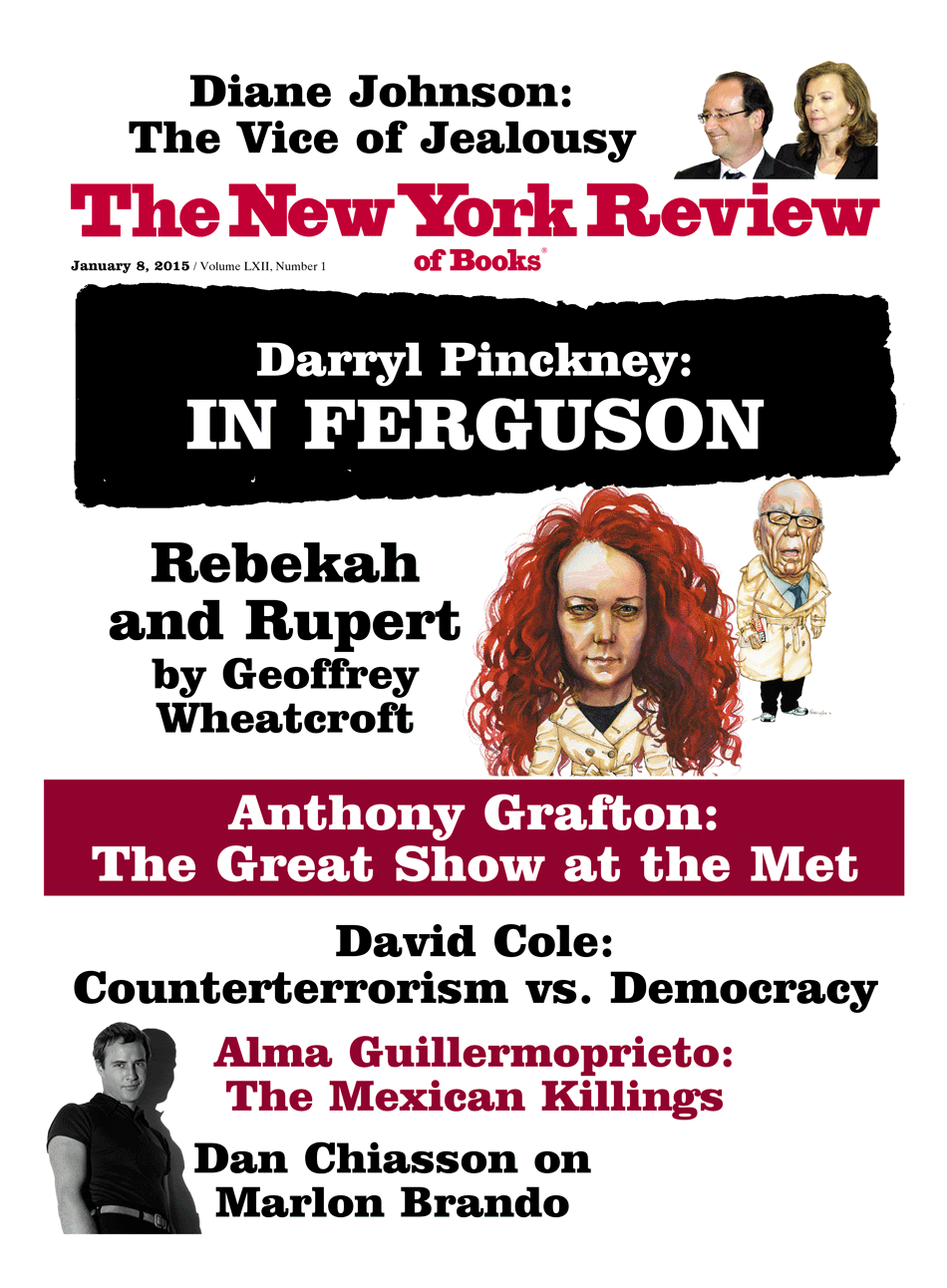 A Better Way Out

Who Is Not Guilty of This Vice?

A Better Way Out

Who Is Not Guilty of This Vice?

Notes from a Political Trial

The Same, But Different