What Is Wrong with the West’s Economies? from the August 13, 2015 issue

Though I am not an economist, I do read articles and columns by economists. One of my interests in doing so is to see if any attention is paid either to the natural world or to the economies of land use. Though “the economy” obviously depends upon both nature and land use, those subjects are rarely mentioned, let alone attended to.

At the risk of trying your patience, I will point out that “What Is Wrong with the West’s Economies?” [NYR, August 13] by Edmund Phelps makes no mention of nature or “natural resources” or any land-using economy. He speaks once of “rural life” in order, tritely, to dismiss it from any concern or importance. And he speaks once of “the crops”—“the crops may be growing…”—but that is a trope. The crops in fact “may be” growing, but he takes for granted that they are.

In The New York Times for August 14, another expert of economics, Steven Rattner, also grants a moment’s notice to land use. Many manufacturing jobs have been lost, he says, “to growing efficiency, just as employment in agriculture in the United States has fallen even as output has risen.’’ He does not say, because he does not know or is indifferent, that this agricultural “efficiency” is the substitution of enormous machinery and toxic chemicals (soil erosion and pollution) for human work and care.

It is a fact that industrial land use from mining to farming is massively destructive of everything involved, of land and people and of all that pertains to both. Everything in “the economy” is affected by this willing destructiveness. If Mr. Phelps thinks that such an economy can be righted by adding “imagination and creativity” to it, then you farm-raised city people ought to have some questions for him.

As a grandson of farmers in downstate Illinois, I have long admired the dedication of farmers to their work and have written about the role of agriculture in American innovation. In my book Mass Flourishing I mention Virgil’s epic poem Georgics, celebrating a Po Valley landowner bent on ever-greater knowledge of planting, plowing, tending cattle, and beekeeping. But farming has not been engaging always and everywhere. Mr. Berry appears irked by my perception that the “rural life of mercantile times, with its routine and isolation,” could not compare to “modern life in businesses and cities.”

Mr. Berry’s complaint, however, is with modernity itself. I was struck years ago by a line by the writer Bill McKibben, who, discussing Rachel Carson’s Silent Spring, wrote that “she was the very first person to knock some of the shine off modernity.” Now Mr. Berry wants not just to disallow innovations causing environmental damage and to regulate new methods and products known to be hazardous. He says outright that he is against the “romance” of innovators “plunging ahead without knowing fully the consequences.”

But such plunges are a key part of the West’s modern project. If every effect of any new products or methods were required to be known before they could be produced and marketed, they would not be true innovations—and thus not represent new knowledge of what people would like, if offered. Businesses would not be allowed to seek new knowledge, thus barred from venturing to innovate.

The West’s modern project appears to be jeopardized from every side. Free speech is ever more limited, university classes are more restricted, schoolteachers may no longer experiment, and most new products have to be tested for every conceivable side effect before they can be approved.

Those of us born into vitalist and expressionist cultures must hope that governments will draw back from shutting down the modernist project of exploring, experimenting, and imagining—of voyaging into the unknown—that has been essential for rewarding lives. 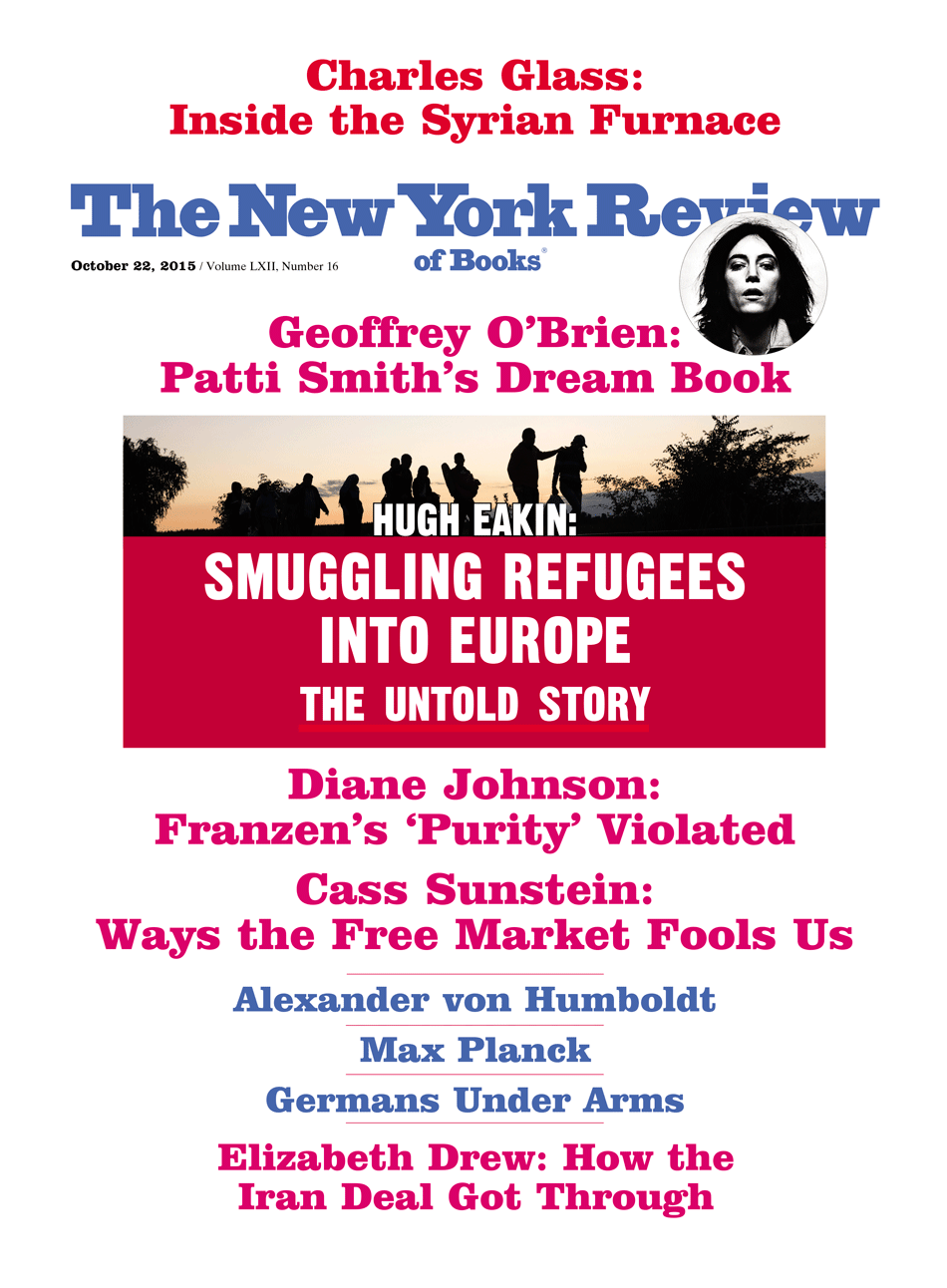 The Terrible Flight from the Killing

The Terrible Flight from the Killing

This Land Is Our Land

Over the past two decades, most of the land used for Jewish settlements in the West Bank has been acquired on the grounds that it belongs to the state.

The Voice of the Landscape

My Land, Your Land

In Search of Britannia

To the Land of the Dead