This text is the last thing that Liu Xiaobo, the literary critic, poet, and human rights activist, wrote. He was awarded the Nobel Peace Prize in 2010, two years after he was imprisoned for eleven years on suspicion of “inciting subversion of state power.” His “crime” was to speak out for freedom of speech, basic human rights, and democratic elections. He died on July 13 of liver cancer in a hospital in Shenyang.

The Ms. G. referred to in Liu’s text was a close friend of his wife, Liu Xia. Ms. G. had asked Liu to contribute a preface to his wife’s forthcoming book of photographs, Accompanying Liu Xiaobo. Although barely able to write, he managed to scribble this love note. Since expressions of love, except for the Communist Party or Chairman Mao, were virtually banned as “bourgeois” when Xiaobo and Xia were growing up, it seems especially poignant that his final words should take this form.

Liu Xia is a poet and photographer. She married Xiaobo in 1996 when he was imprisoned in a “reeducation through labor” camp. His “crime” then was to have urged the government to find a peaceful way to unite mainland China with Taiwan, that is, to do so without the dire threats commonly issued by the People’s Republic of China.

Liu Xia visited her husband in prison after he was awarded the Nobel Prize. She was then placed under house arrest and deprived of a mobile phone, Internet access, and all but a tiny number of visitors. She was allowed out briefly in 2013 to attend the trial of her brother, Liu Hui—part of what human rights lawyers say is official retaliation against the family. She called out to a crowd of well-wishers: “Tell everybody that I’m not free.”

After her husband’s death, Liu Xia disappeared. Her family and friends had no idea what had happened to her. She did appear in a video recently, saying that she needed time for mourning. Who made the video and under what circumstances is still unclear. The Chinese government claims that she is free.

My praise could be a poison impossible to forgive:

That room, so plain and cramped, always let us let love’s gaze crowd tightly in.

You must have read that short poem of mine about the stubborn little shrimp (my wife)—she boiled gruel for me while she waited for praise…the words flew off the page into the gruel. It took three hundred seconds to write that most earth-shattering, praise-filled poem.

Dim desk lamp…plain and cramped room…already peeling tea table…and the stubborn imperative of the little shrimp—a melding like the stunned first contact of a star with a rock, merging as seamlessly as heavenly clothes.

From this point on, praise became the karma of my life, or the hibernating instinct of a polar bear enjoying the boundless white snows.

Caught in “One Bird and Another Bird”…seized by its beauty…alive within me to the end—the little shrimp’s poem forged from the combination of ice and darkness, like the black and white poetry she captures in her photographs. With a senseless, crazed tranquility in the face of suffering, the bitter little dolls rise out of a bared heart…and dispel a curtain of smoke…maybe the wooden figures draped with black armbands are the women who witnessed Christ’s resurrection, or the witches of Macbeth. No, no, it’s not that…it’s the lonely wilderness, utterly unique and unmatched, of the little shrimp being written…it’s the white lily swallowed by the sandstorm on the ash-dark horizon—an offering to the departed spirits.

From the very start, each painting the little shrimp completed became a part of the never-to-be-completed cycle of fate’s sorrow. To this day, my biggest regret is not being able to arrange her first exhibition, “Poems, Paintings, Photographs: Black and White Intertwined”—Little Xia’s three arts united as one.

G., so many days’ delay before I had the strength to finish your assignment.

—Liu Xiaobo, July 5, 2017; translated from the Chinese by Jeffrey Yang 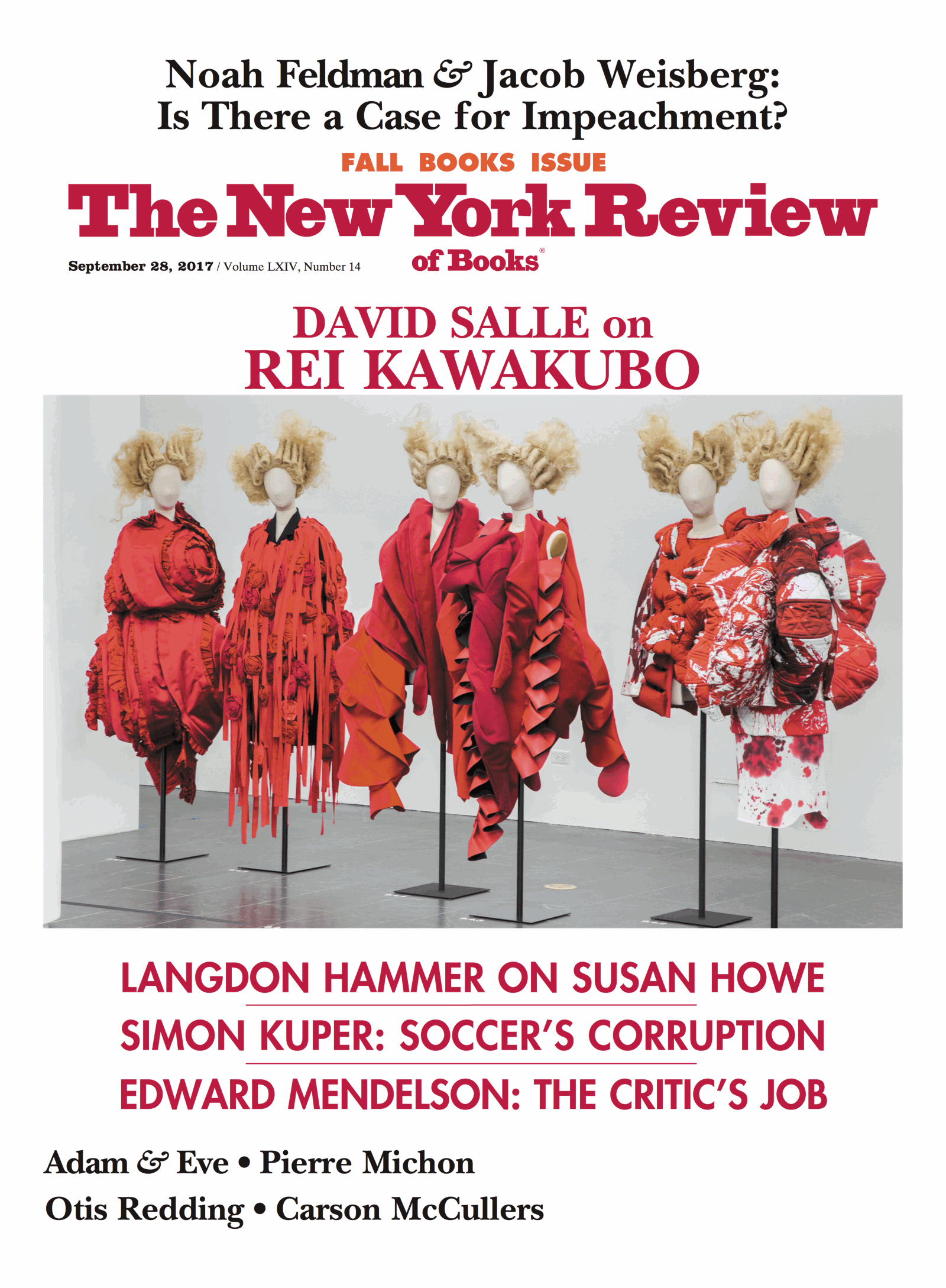 What Are Impeachable Offenses?

What Are Impeachable Offenses?

The Passion of Liu Xiaobo

‘The Songs of Birds’

On October 8, Liu Xiaobo became the first Chinese to receive the Nobel Peace Prize and one of only three winners ever to receive it while in prison.