This article is part of the Review’s series on the 2020 US elections.

To celebrate World Peace Day in mid-September, my teenage son was instructed by his teachers to go around the yard taking photos of flora and fauna and upload them to an app that would identify their varieties. These then showed up on a map, among other photos taken by users in the neighborhood. Presumably, the scientists who data-mine this sort of thing will see what new species are currently invading north-central Florida suburbs. I suspect myself of being an exotic, and unwelcome, invader and briefly wonder what I look like here: possibly like my elderly poodle, all overgrown on this eighty-four-degree day in October.

Since moving south from New York City, I have had to relearn everything I know about my habitat. I’ve just, with great ceremony, eaten my first Valencia orange of the season; there are three more on the tree, getting more lantern-bright by the day. Ditto my copious yield of Meyer lemons. My vinegar standby is a squeeze of calamondin—I just reach out my front door. In exchange, I have lived without lilacs, forsythia, and crocuses. I was just teaching James Schuyler’s tender garden poems to a workshop (on Zoom, yet) and was brought up short by memories of hostas and horse chestnuts.

In early spring I was sheltering in place on my porch, birdwatching in a desultory way, when something I’d not seen before burst into view among the cardinals and sparrows and wrens: bluebirds. They nested somewhere beyond a neighbor’s fence but crossed my yard on frequent errands. When a pair of crows noisily moved in, the bluebirds vanished. Spooked, and then heartbroken, I looked out for them until the heat set in and only butterflies, dragonflies, and lizards flitted in the torpid air.

Down the road is the Baptist church (but one can say that about any road hereabouts) that I will march to next month to vote. I will cross the vast acres of parking spaces on foot and negotiate the labyrinthine complex to the polling site. I’ve never attended a megachurch, even on a lark. I’ve never stepped in a Bass Pro Shop, where I’m told if you hang around the ammunition aisle you may well be recruited for a “militia.” I’ve never gone to a football game, much less a tailgate party. These traits alone identify me as a nonnative species.

I know what a caricature this sounds like, but it’s really not. To all appearances, my neighborhood is quite diverse, at least racially. Next door to us is a Black man; on the other side, Asian immigrants. For all that, I live in a land of Trump/Pence signs. My Black neighbor is wearing a MAGA hat as he stands on his front lawn talking on his cell phone. I will probably be wearing blue on voting day, as much for the persecuted bluebirds as for the Democrats.

Meanwhile, how to live without dread? I play Víkingur Ólafsson’s Bach on CD, as if to hasten my passage from plague state to fugue state. I make a list of Louise Glück’s poems for my students; her Nobel win is the closest I can come to pride in being an American in 2020. I also mourn the poet Derek Mahon, who died at the beginning of October. He was Irish, not American, but such distinctions hardly matter: we are English-language poets. In my country, whose weather blows lyric one way and satire another, the English language is always precise, every mot juste, and anyone can visit who wants to.

One of Mahon’s great poems, “Ovid in Tomis,” imagines the Roman poet’s exile to the Black Sea, where he suffered from the loss of his city, his language, all pleasure, all prestige. I can’t make the same claims of loss, but I sympathize strongly with the poet who can’t make sense of the society he finds himself in, and turns to his own work instead, and to nature:

Six years now
Since my relegation
To this town

By the late Augustus.
The Halieutica,
However desultory,

Gives me a sense
Of purpose,
However factitious;

But I think it’s the birds
That please me most,
The cranes and pelicans.

I often sit in the dunes
Listening hard
To the uninhibited

Virtuosity of a lark
Serenading the sun
And meditate upon

The transience
Of earthly dominion,
The perfidy of princes. 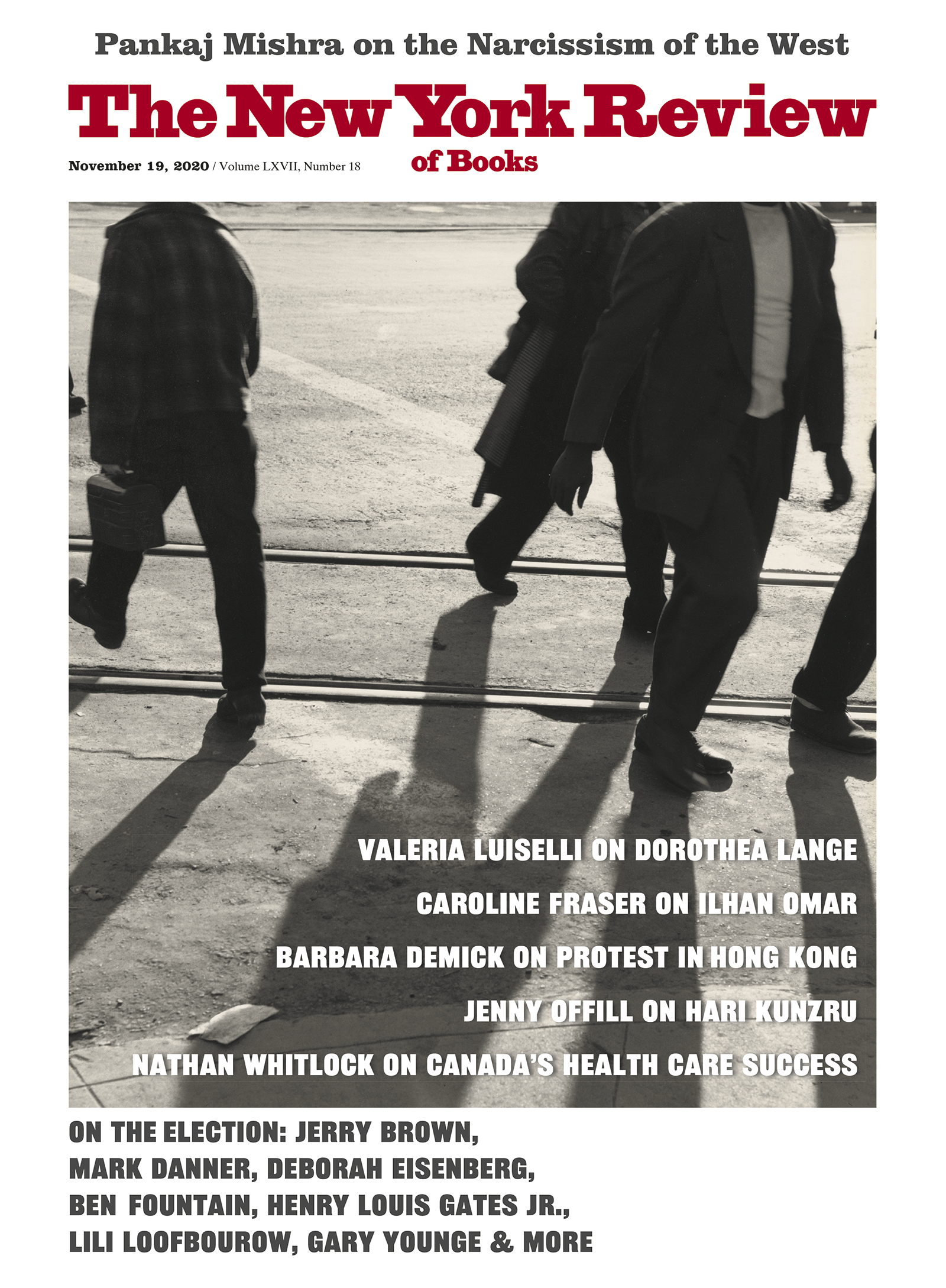 Things as They Are

Grand Illusions of the West

Where Health Care Is a Human Right

John Ashbery’s first posthumous collection is a reminder that collage and other formal experiments have always been central to his work.

‘And You Give Yourself Away’

Doireann Ní Ghríofa’s obsession with the eighteenth-century poet Eibhlín Dubh Ní Chronaill amounts to a search for second sight, a vision to deepen the reality of her own life.

‘The Splendour and the Sting’

The passionate voices and formal experiments of two poets who should no longer be neglected.

John Ashbery’s first posthumous collection is a reminder that collage and other formal experiments have always been central to his work.

‘And You Give Yourself Away’

Doireann Ní Ghríofa’s obsession with the eighteenth-century poet Eibhlín Dubh Ní Chronaill amounts to a search for second sight, a vision to deepen the reality of her own life.

‘The Splendour and the Sting’

The passionate voices and formal experiments of two poets who should no longer be neglected.

Ange Mlinko is a Professor of English and Creative Writing at the University of Florida. Her new poetry collection, Venice, will be published next year.  (September 2021)

Things as They Are

Grand Illusions of the West

Where Health Care Is a Human Right